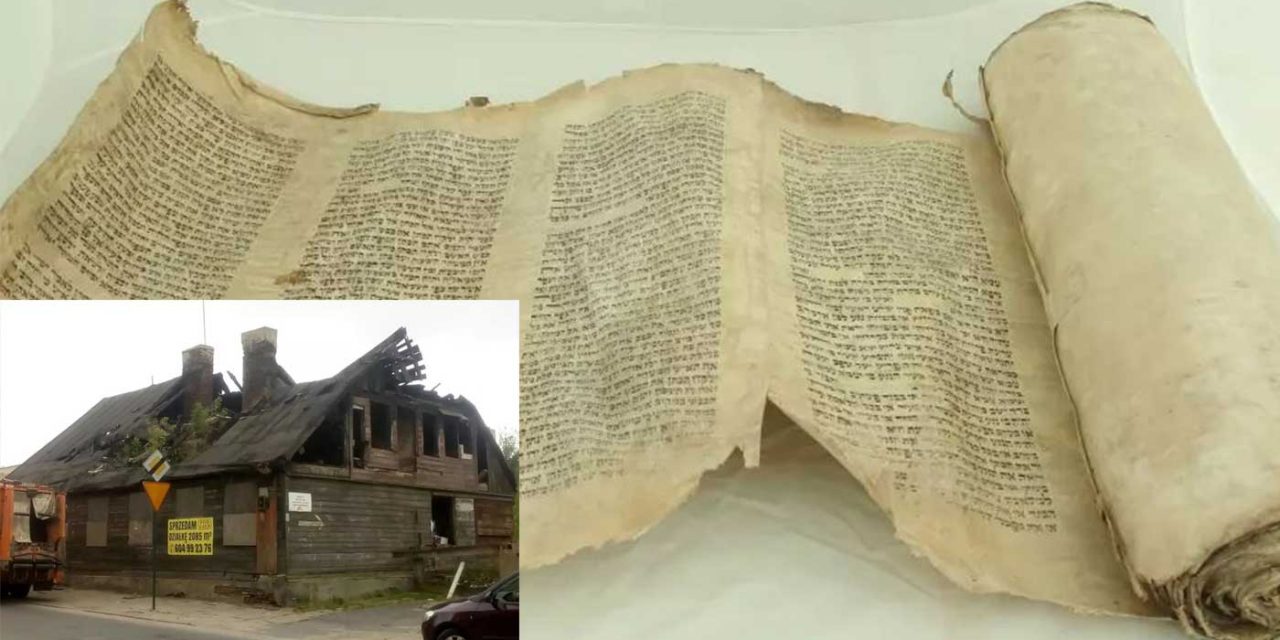 A 150-year-old Torah scroll has been discovered in the wall of an old wooden shack which housed Jews during the Holocaust.

In 1939, Lodz was captured by the Nazis during World War II. The Nazis walled off an area of the city which became a ghetto for the Jewish people.

It was inside an old dilapidated wooden shack, which the city council was planning to demolish, that the discovery was made. The Torah scroll was hidden alongside other items by Jews almost 80 years ago in the ghetto and used on Shabbat and Jewish holidays.

The scroll was transferred to the Shem Olam Holocaust Institute, established in 1996 in Kfar Haroeh by Rabbi Avraham Krieger, which then brought it to Israel.

“This is a historical finding and a rare piece of life from the ghetto that survived until today,” Rabbi Krieger said. “The Poles continue to suppress our history. These lone wooden shacks left on the Lodz Ghetto streets were going to be demolished and the only evidence left in Poland of what happened in the Holocaust was going to be erased.”

Lodz Ghetto was a World War II ghetto established by the Nazis in the Polish city of Lodz following the 1939 invasion of Poland. Around 68,000 Jews passed through the ghetto before being transferred to concentration camps. Only around 10,000 Jewish residents of Lodz survived the Holocaust, most were killed in the gas chambers of Auschwitz.

It is likely that the Jews who hid the Torah scroll in the wall of the building were murdered in the Holocaust.