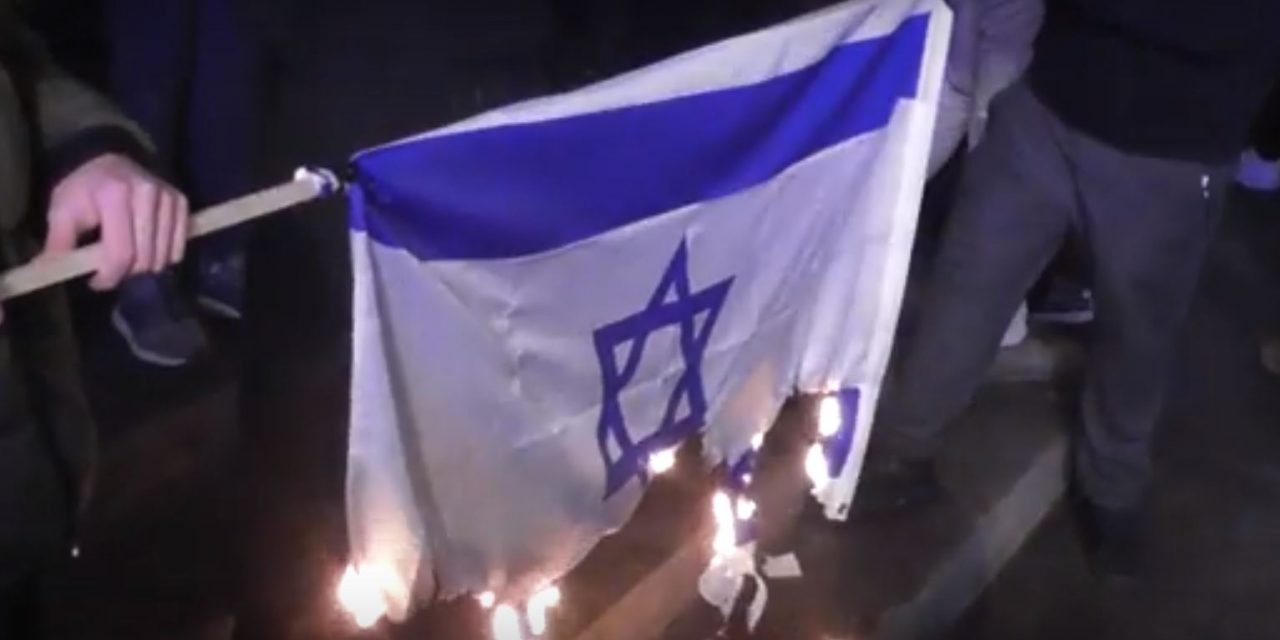 The Israel flag was set on fire by protesters attending the “Million Mask March” in London on Monday, an event organised by the “hactivist” group Anonymous.  The hateful act was staged at Piccadilly Circus in central London alongside the burning of the US, French and English flags.

We are not aware of any arrests.