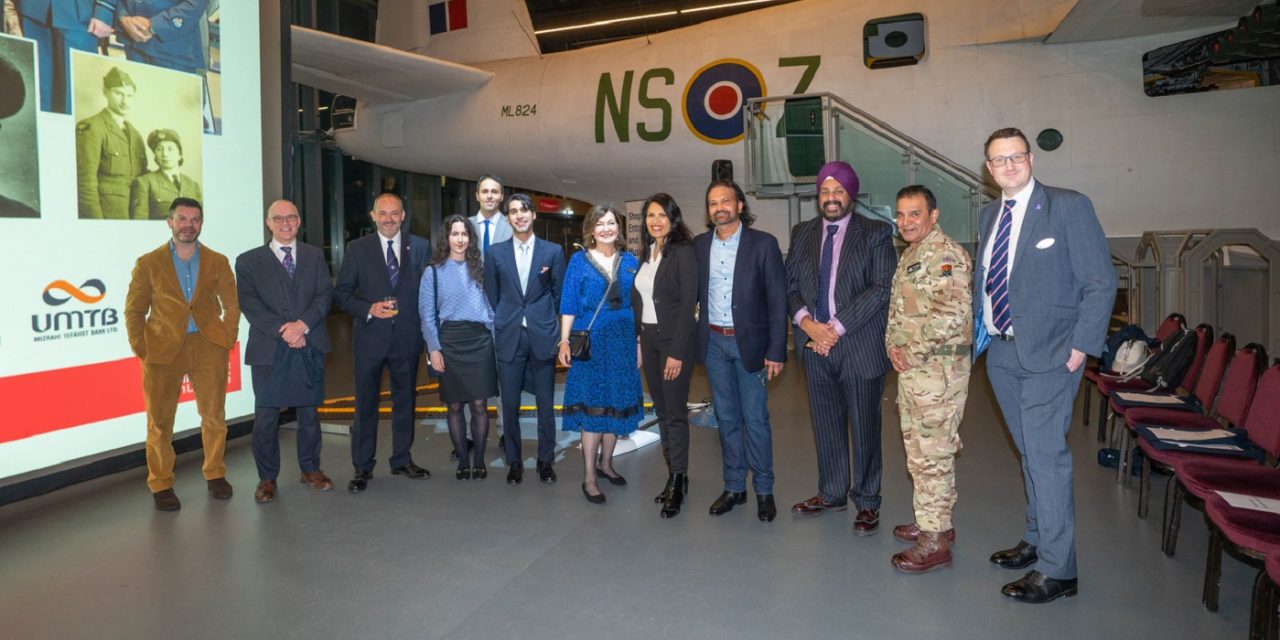 Jewish and Indian heroes of the Royal Air Force have been celebrated together for the first time at an event attend by leaders of both communities. The event was hosted by the Royal Air force Museum in Hendon in partnership with the British Indian Jewish Association.

More than 150 guests heard from speakers including historian and consultant on movie “Dunkirk” Joshua Levine and journalist Shrabani Basu.

During the Second World War, 20,000 Jewish men and women – some six percent of Britain’s Jewish population – joined the RAF to fight against tyranny, racism and anti-Semitism.

On Thursday night the Museum invited guests from the Indian and Jewish communities to commemorate diversity within the RAF during its 100+ years. The evening included Hidden Heroes talk by Joshua Levine and Shrabani Basu, both Ambassadors for the RAFM. pic.twitter.com/6cistZwczu

24 British Indians trained as pilots for the RAF whilst an additional 200 Indians resident in Britain volunteered to join the RAF and Women’s Auxiliary Air Force.

The event  – backed by Advinia Healthcare, Mizrahi and the Asian Jewish Business Network – formed part of the RAF Museum’s Jewish Hidden Heroes project, which gathers and shares the untold stories of Jewish soldiers in the RAF during WW2. This project is supported by Roman Abramovich and the CFC Foundation

I am incredibly proud of our partnership with the Chelsea Foundation and the Jewish Hidden Heroes project and hope that it goes some way to challenging the rise of anti-Semitism and wider racism in society. These are inspiring stories of courage and human spirit.”