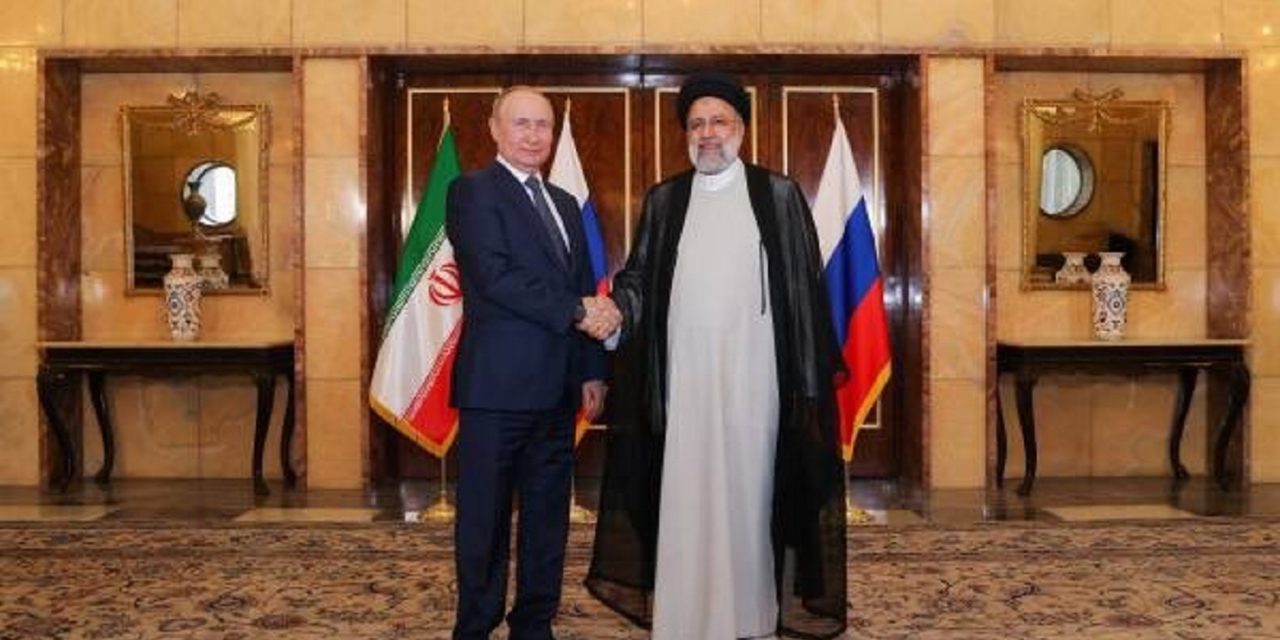 Vladimir Putin has met with Iranian Supreme Leader Ayatollah Ali Khamenei in Tehran in the Russian leader’s first trip outside the former USSR since Moscow’s invasion of Ukraine.

The meetings were expected to include the Ukrainian Black Sea grain exports as well as the conflict in Syria, but the trilateral talks also send a strong message of Moscow’s efforts to forge strategic ties with Iran, China and India in the face of Western sanctions.

Putin’s visit follows President Biden’s visit to Israel and Saudi Arabia and comes amid reports that Iran is now claiming to have reached “the technical ability to build a nuclear bomb,” according to Kamal Kharrazi, who heads an advisory board linked to Iran’s leadership.

“The contact with Khamenei is very important,” Yuri Ushakov, Putin’s foreign policy adviser, told reporters in Moscow. “A trusting dialogue has developed between them on the most important issues on the bilateral and international agenda.”

“On most issues, our positions are close or identical.”