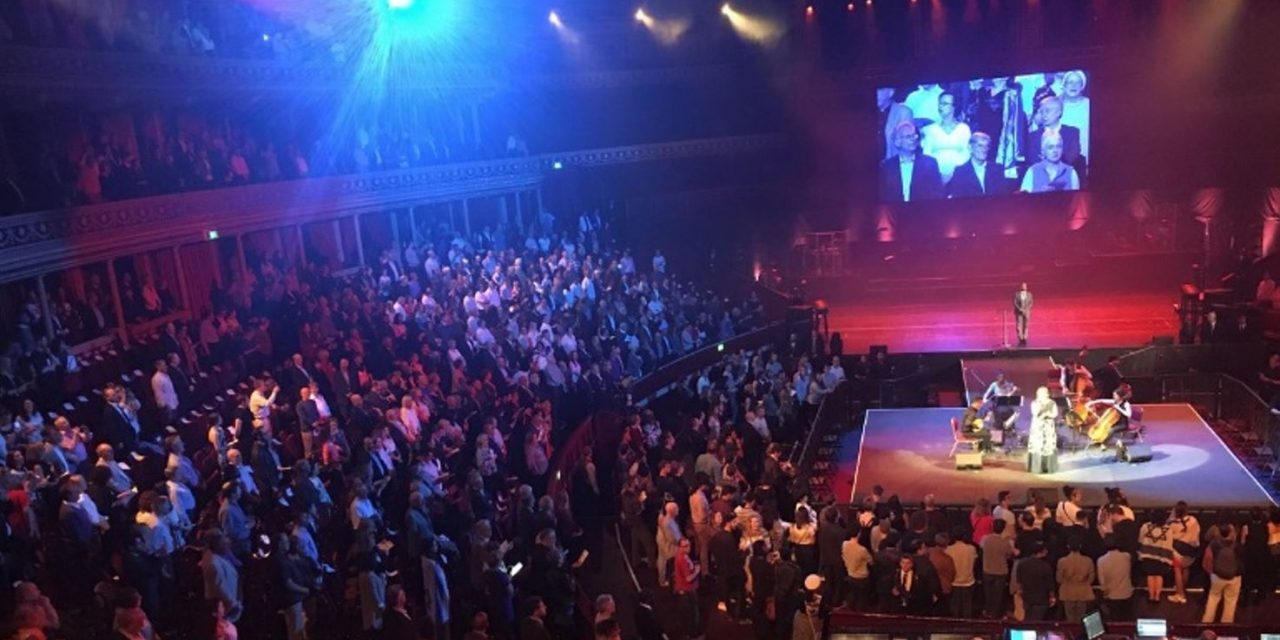 Prince Charles has attended a concert and ceremony at the Royal Albert Hall in London to mark the 70th anniversary of Israel.

Jonathan Arkush, President of the Board of Deputies of British Jews, tweeted to say spectators were in the ‘distinguished company’ of the Prince of Wales who was seen speaking to guests.

He was also pictured sitting alongside Chief Rabbi Ephraim Mirvis at the three-hour event this evening.

Compared by TV judge Rob Rinder, the event was organised by the Jewish Leadership Council, UJIA and Israel Bonds, taking on a concept from the United Synagogue’s Alan Aziz.

The party kicked off with a dance performance from a group of British Jews aged eight to 80 who had applied to perform on one of the country’s biggest stages, before the heir to the throne entered to the anthems of Britain and Israel, taking his place in the Royal box alongside the Chief Rabbi and Israeli Ambassador.

Introduced by JLC chair Jonathan Goldstein, Israeli Ambassador Mark Regev thanked the community for an “amazing” celebration. The attendance of the Prince of Wales, he said, was fitting because of the historic role played by Britain in the “rebirth” of Israel.

He said: “The partnership between Britain and Israel is strong and growing stronger. It’s creating prosperity and security for citizens for both our countries.” He drew applause by sending mazeltov wishes to the Duke and Duchess of Sussex and looking ahead to the historic visit to Israel of the Duke of Cambridge. “We Jews haven’t had royalty of our own since biblical times so we are naturally exiting by this visit. All of Israel will unite in welcoming Prince William with a very warm ‘shalom’.”

HRH Prince Charles has arrived and we’re off with the national anthems #israel70 @JLC_uk @UJIAcharity pic.twitter.com/CAnq7dxhX6

We are in the distinguished company of HRH Prince Charles @ClarenceHouse Minister @DLidington MP ambassadors @DavidQuarrey @MarkRegev @chiefrabbi It’s warming up to be a fantastic night at #Israel70 pic.twitter.com/CTFfJW5xaa