President Trump pulls US out of “disastrous” Iran Nuclear Deal 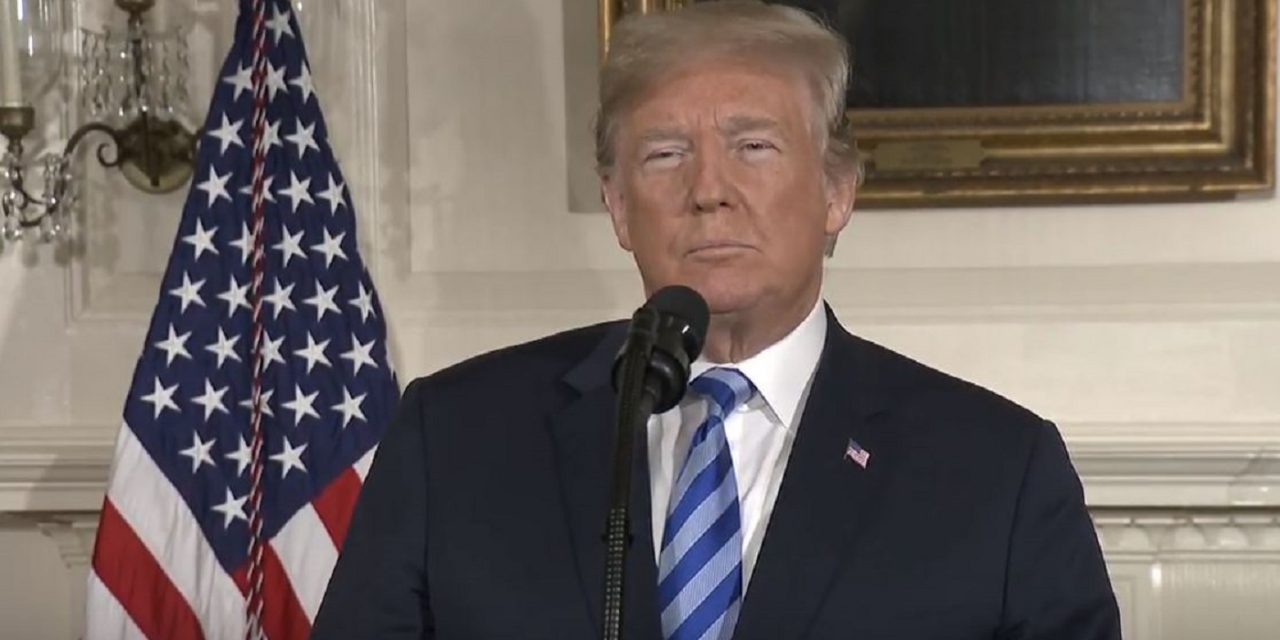 President Trump has withdrawn the US from Iran Nuclear Deal and will implement the highest level of sanctions.

Netanyahu thanks Trump for “courageous leadership”

Israeli Prime Minister thanks @realDonaldTrump for his "courageous leadership" following the President's announcement that the US will withdraw from the #IranNuclearDeal pic.twitter.com/x0Xguhpoi9

“This was the right decision, and we believe it will lead to a much stronger, more effective deal in the future as Iran is forced to reckon with the consequences of their lies.”

“Today President Trump took the first step toward making the United States, Israel, and the entire world safer by scrapping the hopelessly flawed Iran Deal. By withdrawing from the deal and starting over, President Trump showed he is committed to stopping Iran from ever acquiring a nuclear weapon. Now it is up to Congress to rise to the challenge of working with the White House to take all necessary measures to thwart Iran’s nuclear ambitions.” Read in full

Deeply regret US decision to withdraw from the Iran nuclear deal. UK remains strongly committed to the JCPoA, and will work with E3 partners and the other parties to the deal to maintain it. Await more detail on US plan.

President Trump was expected to announce his decision on whether to uphold the 2015 nuclear deal, which he has long criticised, by his 12 May deadline. He indicated last year that he will pull out of the agreement unless it is revised, but he has faced intense pressure from European allies not to do so.

Prime Minister Benjamin Netanyahu, who has been warning against the “very bad deal” for several years, last week presented incriminating evidence that Iran has been violating the agreement by pursuing an aggressive nuclear-weapons programme.

The president has been the subject of an intense lobbying effort by American allies to maintain the agreement, with UK Foreign Minister Boris Johnson making a last-ditch appeal to the administration in a visit to Washington this week. European leaders say that they are open to negotiating a side agreement with Iran but that the existing framework must remain untouched for that to happen.

Earlier Monday, Trump criticized former Secretary of State John Kerry after reports that he has been promoting the Iran nuclear deal.

Trump said on Twitter: “The United States does not need John Kerry’s possibly illegal Shadow Diplomacy on the very badly negotiated Iran Deal. He was the one that created this MESS in the first place!”