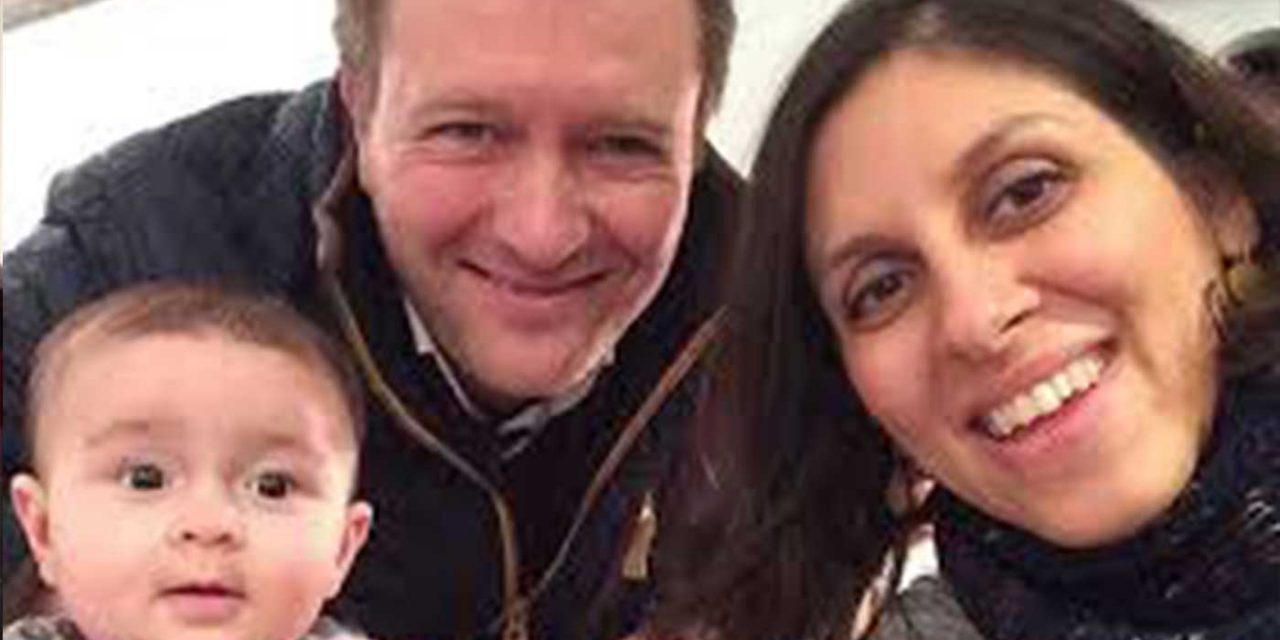 A British-Iranian mother held in Iran over trumped up charges is just weeks away from the end of her five-year prison sentence, although there is concern new charges may be brought to prevent her release.

The family of Nazanin Zaghari-Ratcliffe is hoping she will be released on 7 March when the sentence ends. Last year Iran threatened to press additional charges against her, but the courts pulled back under media and diplomatic pressure and a trial was postponed.

Nazanin, who is a dual citizen of Britain and Iran, is currently under house arrest at her parents’ home in Tehran after being allowed to leave the prison last year upon the outbreak of coronavirus.

Her husband, Richard Ratcliffe, who lives at their family home in London with their six-year-old daughter, Gabriella, recently warned on Twitter, “If anything happens to Nazanin or her family or if she is not released to the UK on 7 March – there should be consequences. We will be discussing with the foreign secretary Dominic Raab his back-up plan.”

Last month Foreign Secretary Dominic Raab said he would leave “no stone unturned” in seeking the release of Nazanin Zaghari-Ratcliffe from prison in Iran.

Appearing on Sky News’ Sophy Ridge On Sunday programme, he was asked about reports that the British-Iranian dual national could soon be freed.

Mr Raab replied: “I think that’s based on the existing sentence.

“But, of course, we are dealing with a regime that have got her and other dual nationals in arbitrary detention.”

He said he had been speaking “particularly intensely” with the Iranian foreign minister since the summer, with the government “pushing as hard as we can to get the immediate release, not in seven weeks, but as soon as possible, on Nazanin and all of our other dual nationals.”

He added: “We have intensified those negotiations and are leaving no stone unturned, and I want to get Nazanin released, absolutely as soon as possible.

“I do not want her inside this arbitrary detention in Evin prison in Tehran a day longer.”

Meanwhile, Anoosheh Ashoori, one of the British-Iranian dual nationals held in Evin prison in Tehran, has lost access to a phone, depriving him, according to his wife, of his lifeline to sanity and the outside world.

His wife, Sherry, told the Guardian: “He is completely shut off, and the daily phone conversations were his route to sanity and what was going on in the world, including how the campaign was going for his release. He is completely dependent on those calls.” He has previously made suicide attempts in jail.

The British ambassador to Tehran, Rob Macaire, has made representations to the Iranian foreign ministry but there has been no response.

Anoosheh, 66, a retired engineer and father of two, is serving 10 years in jail for allegedly spying for Israel, charges he has denied. He normally manages to speak to his wife based in London for up to 20 minutes a day over two or three calls, depending on how much phone time he can buy from other prisoners.

He has sent some recorded messages for broadcast to the outside world, mainly pleading for Boris Johnson to do more to secure his release, and insisting he is being held as a state hostage. He has given first-hand accounts of a typical day in Evin, and warned about the spread of coronavirus in the prison early last year.