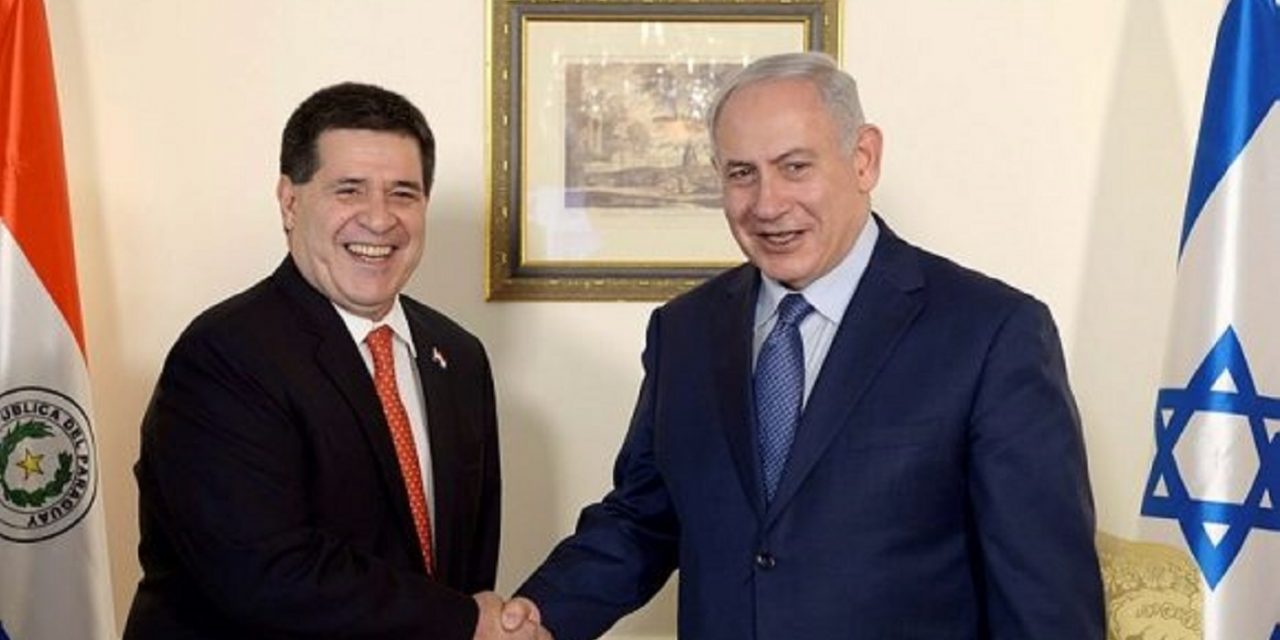 Government spokesman Mariano Mercado says Cartes will leave for the trip on Saturday.

Paraguay will be the third country to move its embassy to Jerusalem, after the United States and Guatemala opened embassies in the city this week.

Last month, Cartes said that he wanted to relocate the country’s embassy to Jerusalem before the end of his presidential term in August.

In addition to the US, Guatemala and Paraguay, a number of other countries have expressed interest in moving their embassies in Israel, among them Honduras, the Czech Republic and Romania.

Latin American countries — particularly Guatemala — have a long history of being sympathetic to Israel, starting with the vote on the UN Partition Plan in 1947. Also, these countries want to maintain good ties with the US, where there are large Latin American communities.