Palestinian terrorists shoot pregnant woman and four others at bus stop in Israel, mother and baby fighting for life 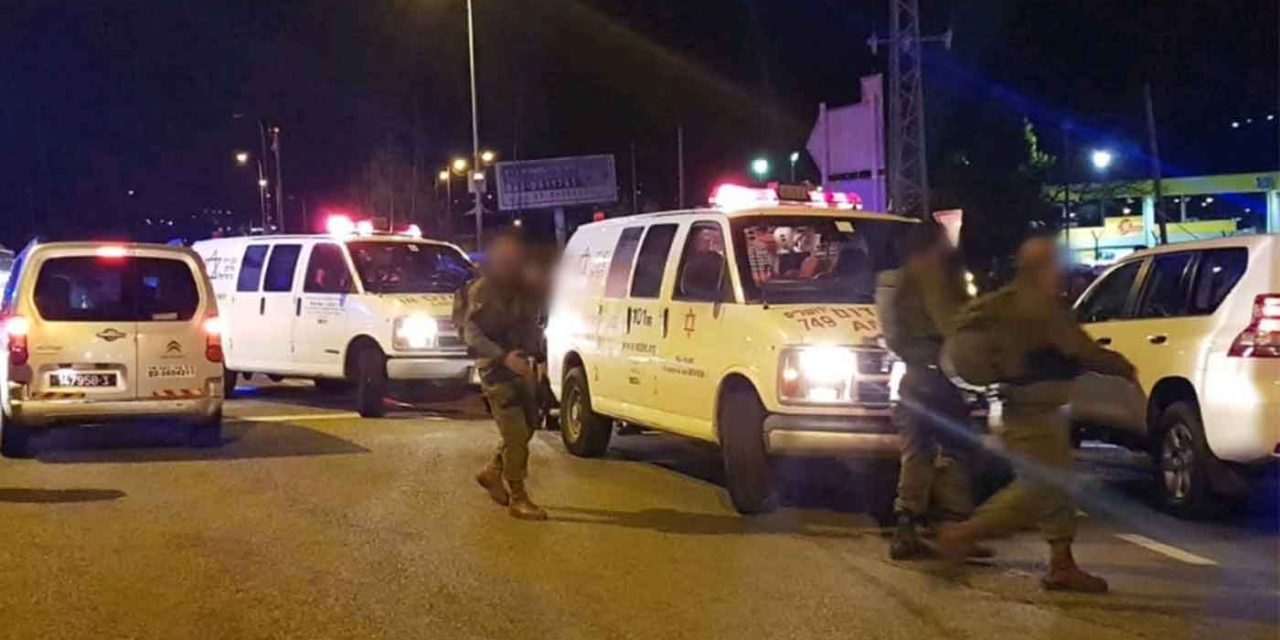 UPDATE: Sadly, the baby boy, named Amiad Yisrael, died three days after he was born. He was laid to rest at the Mount of Olives on Thursday. You can read more here.

Shira Ish-Ran, the mother, is recovering in hospital and has vowed, “I will prove to them, I will show them. I will bring many more babies into this world. Am Yisrael Chai.”

Six Israeli civilians have been injured, including a pregnant mother and children, in an attack which Hamas has called “heroic”.

The attack took place on Sunday evening just outside Ofra in the so-called West Bank. A Palestinian car with two occupants drove past a bus stop and opened fire on people waiting there before driving off. The six victims were all civilians.

“Shots were fired at Israeli civilians standing at a bus station from a passing Palestinian vehicle,” the IDF Spokesperson said in a statement late Sunday night.

“IDF troops nearby responded by firing towards the vehicle, which fled. IDF troops are currently searching the area.”

One of the injured was a 21-year-old pregnant woman who was shot in the abdomen. In order to save the baby, doctors were forced to perform a Cesarean section upon their arrival at the hospital. The baby boy was in the 30th week of gestation and was immediately transferred to the ward for premature babies at Jerusalem’s Shaare Zedek Medical Center.

The mother’s condition is serious and she has undergone a number of surgeries. She was said to have been “fighting for her life” on Sunday evening but is now stabilising on Monday.

The baby’s condition, on the other hand, is said to be deteriorating. It is thought that because the mother lost so much blood her body was unable to supply the baby with enough oxygen and it is thought the complications he is struggling with now are a result of that lack of oxygen.

The injured woman’s husband was also injured in the attack. He underwent surgery and is in a stable condition. Another man in his early twenties was hospitalized with moderate injuries, and two 16-year-old girls with light injuries were taken to Hadassah Hospital Ein Kerem in the capital.

The IDF, border police and security services on Monday continued the manhunt for the terrorists, announcing that searches were ongoing in Palestinian villages in the West Bank.

The car from which the shots were fired was believed to have at least two occupants.

Prime Minister Benjamin Netanyahu said, “We will not rest until we find these murderous criminals and bring them to justice.”

He added that “everyone is praying for the recovery of a young mother who is fighting for her life, as well as her baby. “We also wish a speedy recovery for all the wounded,” he said.

Netanyahu also slammed the Palestinian Authority, saying it’s “too much to expect” the Ramallah government to condemn the attack, saying “they only contribute to incitement here.”

As predicted, Hamas has praised the attack with a spokesman for the terror organisation calling it “heroic.”

“The heroic Ofra operation is an affirmation of our people’s choice and legitimacy in resisting the Zionist occupation and its settlers,” Abdelatif al-Qanou, a Hamas spokesman, posted on his Facebook page. “It proves that any attempt to condemn the Palestinian resistance will fail in the face of the desire and valiance of our Palestinian people.”

On Thursday of last week, the United Nations failed to condemn Hamas, the terrorist organisation which rules the Gaza Strip. They have condemned Israel hundreds of times and have yet to condemn Hamas, showing their hypocrisy. And Sunday’s attack on innocent Israeli civilians, including three children, shows just how wrong the UN is for not condemning this terrorist regime.