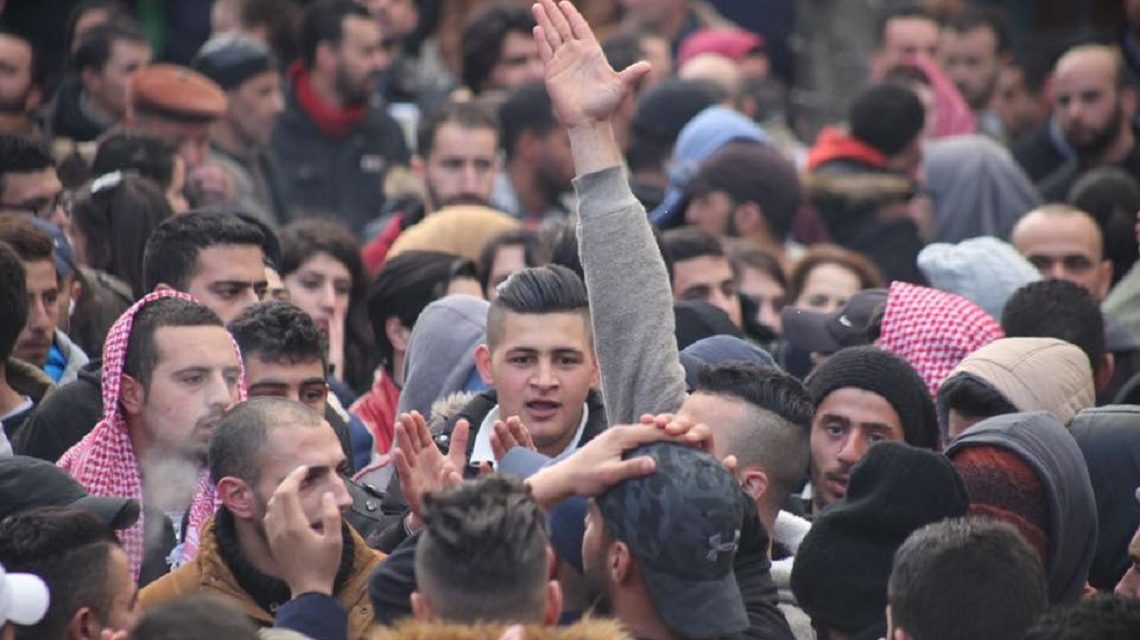 The protest comes a day after the PA security forces violently cracked down on a demonstration in front of a courthouse in Ramallah against a trial of five Palestinians, who have been charged with possession of illegal weapons. Many Palestinians view the trial as a byproduct of the ongoing security cooperation between Israel and the PA.

“The people want the fall of the president,” the protesters chanted, clapping their hands.

“Down with security cooperation…

Why is there security cooperation when we are under the bullets of the army?” the protesters continued.

“The law is above everyone, including security personnel,” Hamdallah said on Monday.

The Council of Human Rights Organizations, a coalition of Palestinian human rights groups, called on the PA leadership on Monday to hold the perpetrators accountable.

Monday’s protest is third major demonstration against security cooperation in the past week.

The PLO Central Council, the PLO’s acting parliament, made a decision in 2014 to end security cooperation with Israel, but the PA has yet to implement it.