One killed in Israel, dozens injured as Hamas fires 400 rockets at civilians 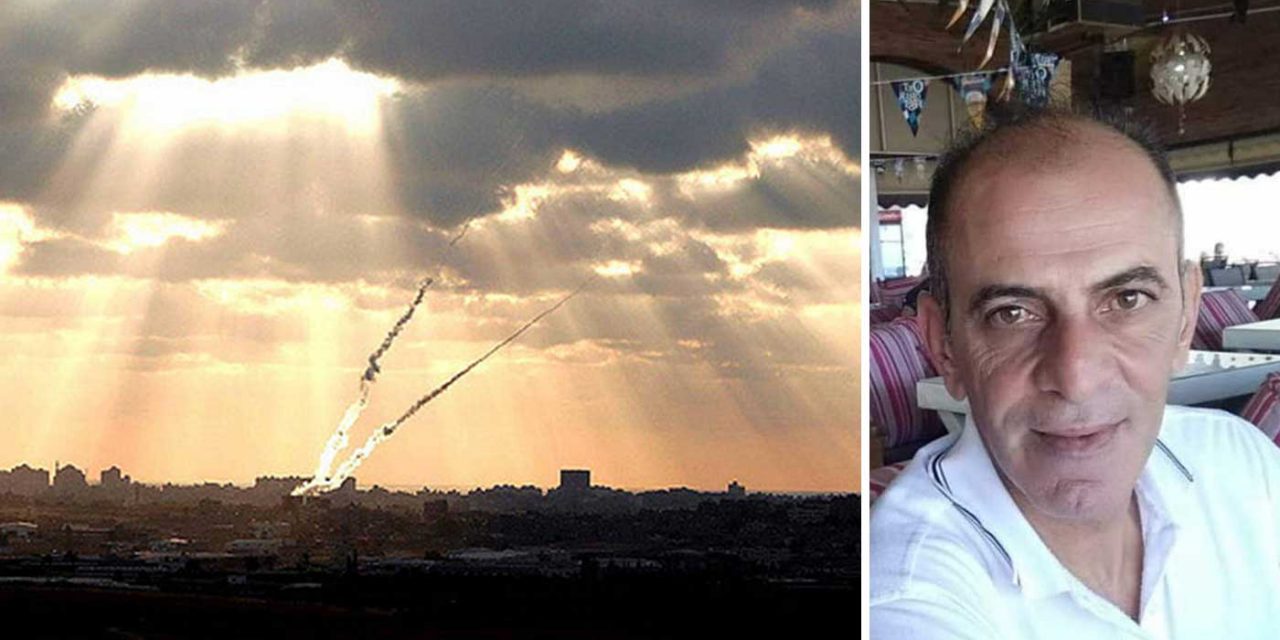 A Palestinian man living in Israel has been killed and more than fifty Israelis have been injured as Gaza terrorists launched more than 400 rockets and mortars into Israeli civilian populations.

The rockets and mortars were targeted towards Israeli civilian populations. This is terrorism.

Israeli civilian homes were hit in the Israeli towns of Sderot, Netivot and Ashkelon. A bakery was destroyed and other business properties were damaged. Vehicles were also destroyed including cars and an Israeli bus.

More than 100 of the 400 rockets were intercepted by Israel’s Iron Dome missile defence system which fires defensive missiles into the air to intercept the rockets fired by Hamas.

Air raid sirens sounded as far into Israel as the Dead Sea area.

What Israelis are dealing with. pic.twitter.com/a45jie6Gop

The man killed in Israel was identified as 48-year-old Mahmoud Abu Asbah, a Palestinian man from the (so-called) West Bank, who was working in Israel. He was killed by a rocket, fired by Palestinian militants in Gaza, which hit his apartment in the Israeli city of Ashkelon.

His wife was also seriously injured in the explosion. She is being treated at Barzilai Hospital. Three Israelis in a separate apartment were also wounded in the blast.

Last night, Palestinian terrorists in Gaza fired a barrage of rockets into Israel. One of the rockets struck this house in Ashkelon. This was the scene when Israeli first responders entered. It is graphic, but it’s important we show it.

Hamas sees all of Israel as a target. pic.twitter.com/0Z9B1sCiBQ

One Israeli soldier is in a critical condition after a bus he was standing next to was targeted by Hamas.

The 19-year-old Israeli soldier was taken to Beersheba’s Soroka Medical Center in unstable condition, with injuries throughout his body, medics said.

The driver of the bus, 25, was taken to the hospital after he suffered a panic attack, medics said.

The attack, however, could have had a much higher injury or death toll, likely setting off even heavier fighting. According to reports, the bus had minutes earlier been filled with soldiers but only the driver was inside when it was hit.

Hamas terrorists targetted the bus using a Kornet anti-tank guided missile which was fired from the Gaza Strip.

This is the latest violence against Israel from the terrorists of Hamas. Apart from the Israeli soldier who was injured when the bus was targetted, all other victims of these rockets have been Israeli civilians and even Palestinians living in Israel.

When Israel strikes Gaza, they aim their weapons at Hamas’s military infrastructure, including attack tunnels and weapons factories. When Hamas targets Israel, they attack civilians. This is terrorism and should be condemned by the world.