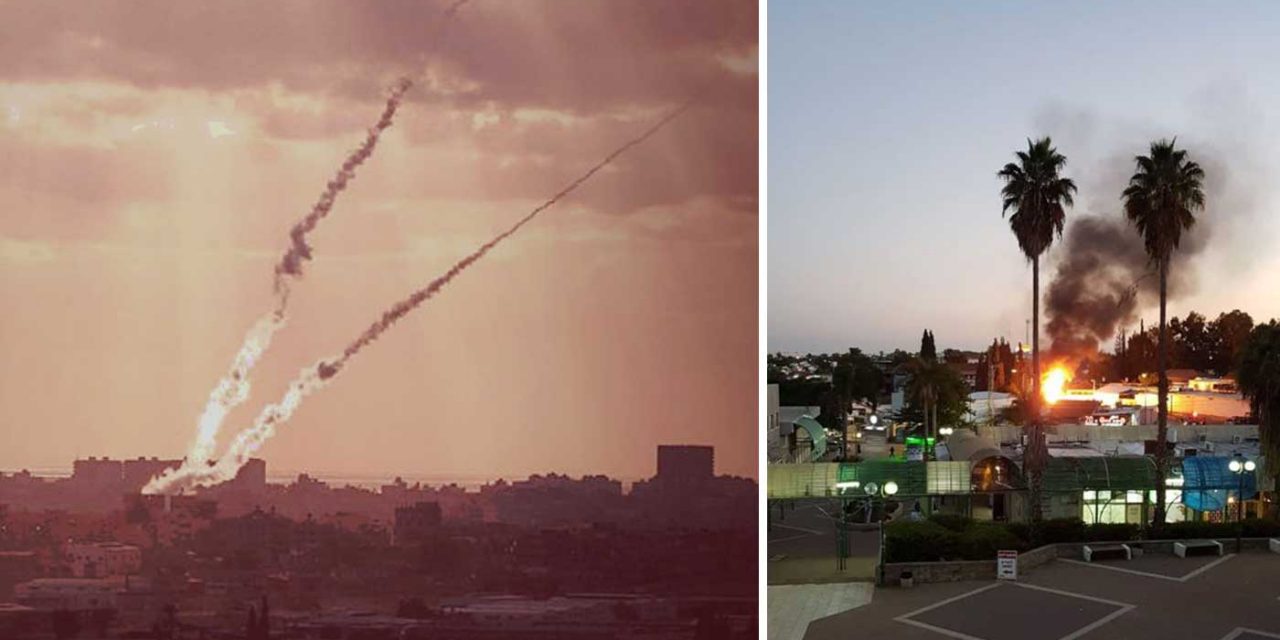 Fighting between Gaza and Israel has intensified this afternoon as more than 80 rockets and mortars were fired by Palestinian terrorists from the Gaza strip into Israel. The IDF responded by striking Hamas military targets in Gaza.

According to the Israel Defense Forces, more than 80 projectiles were fired at Israel in less than 40 minutes, triggering sirens in Beersheba and even as far away as the Dead Sea and the West Bank’s Hebron Hills. If rockets were indeed aimed at the Dead Sea, it would represent the longest range attack by Palestinian terrorists in Gaza since the 2014 Gaza war.

A number of incoming rockets and mortar shells from Gaza were intercepted by the Iron Dome air defense system, while several others struck homes and buildings in Israeli communities near the border, causing injuries and damage, the Times of Israel reported.

One Israeli, a man in his 20s, has been seriously injured after an empty bus he was standing next to was hit by a rocket. Three more Israelis were injured by shrapnel from a separate rocket. A total of seven Israelis have been hospitalised.

The rocket attacks from Hamas come following a late night operation by Israeli special forces in Gaza which left one Israeli soldier and seven terrorists, including a senior Hamas commander, dead.

“The Israel Defense Forces reinforced its troops in the Southern Command and is prepared to use large amounts of force if necessary,” the army said in a statement Monday.

“Our fighter jets have starting striking terror targets throughout the #Gaza Strip,” the IDF tweeted.