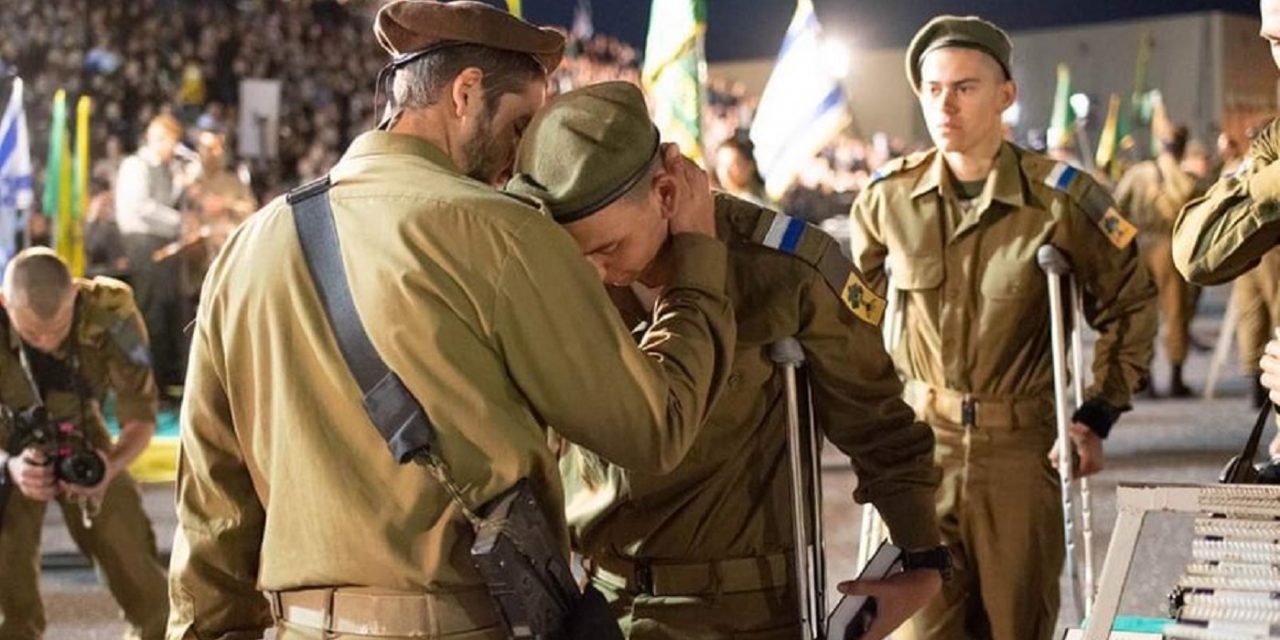 IDF soldiers injured in a car ramming attack in Jerusalem still attended their swearing-in ceremony at the Western Wall later in the day despite being on crutches. “Nothing will stop us”, they said.

Some of the Golani Brigade soldiers run over in the attack went ahead with the ceremony, which was delayed due to the attack, after being released from hospital. A second swearing-in ceremony, not at the Western Wall, was held later in the day for others injured.

In the predawn hours of Thursday morning, the attacked crammed his car into the group of Golani soldiers standing on Jerusalem’s David Remez Street outside the First Station, a popular entertainment hub in the capital, injuring 12 of them, one of them seriously.

After the attack, the assailant quickly fled the scene, abandoning his car in the West Bank town of Beit Jala, south of Jerusalem.

Only a few hours before these pictures were taken, a terrorist rammed his car into these young IDF soldiers on their way…

Israeli security forces on Thursday evening arrested the suspected terrorist believed to have carried out a car-ramming attack.

“Following an extensive operational and intelligence effort, the IDF, working with the Shin Bet, the Israel Police’s special police unit and other special forces, has arrested the terrorist who carried out the ramming attack in the predawn hours of this morning in Jerusalem,” the military said in a statement.

Also on Thursday, an Israeli soldier was lightly wounded in a shooting attack along a highway near the central West Bank settlement of Dolev. The gunman fled the scene, with Israeli troops in pursuit, the IDF said.

Earlier in the day, a Border Police officer was lightly wounded on Thursday when a terrorist opened fire at him near the Temple Mount in the Old City of Jerusalem. Other officers at the scene returned fire, killing the assailant, police said.