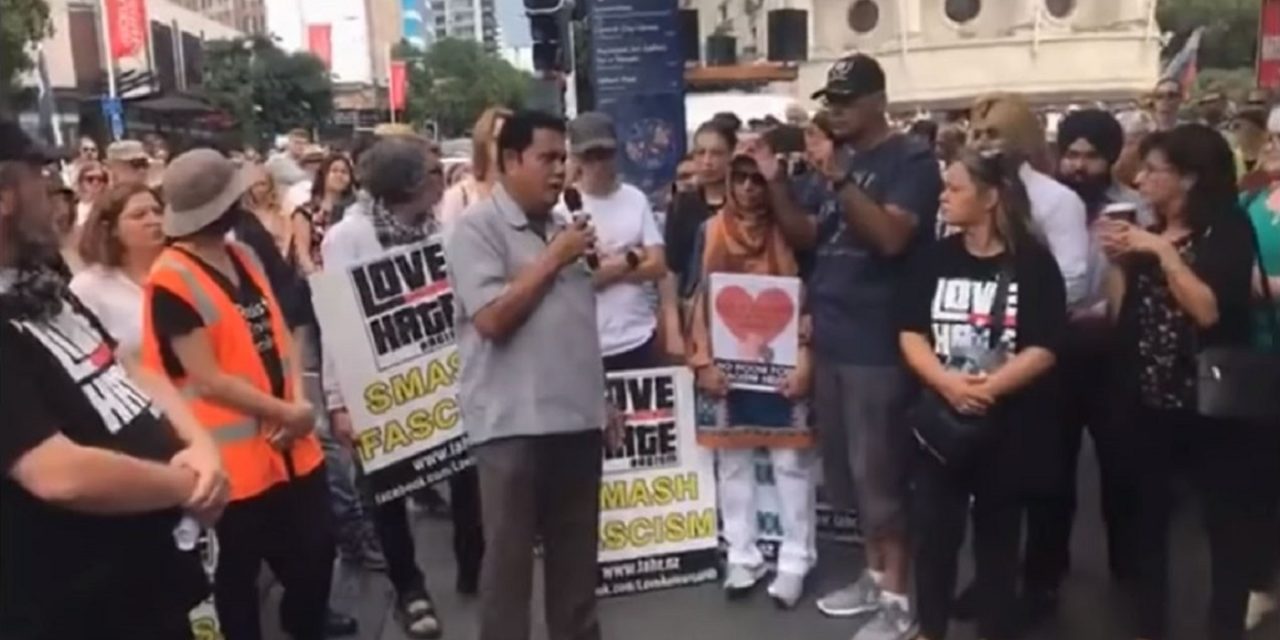 The chair of a prominent mosque in New Zealand has claimed Mossad (Israel’s foreign intelligence agency) and Zionist businesses were behind the recent terror attack in Christchurch.

Speaking in front of around 1,000 people that attended the “Hate Racism” rally in downtown Auckland on Saturday, Ahmed Bhamji, chairman of the Mt Roskill Masjid E Umar, gave a speech questioning where the gunman got his funding from.

Bhamji was recently given the distinct honour of introducing the prime minister of New Zealand when she came to speak at the mosque after the massacre.

He told the crowd:

“I really want to say one thing today. Do you think this guy was alone? I want to ask you: Where did he get the funding from? Where was he getting the money from? I will not mince words.

“I stand here, and I say I have a very, very strong suspicion that there’s some group behind him, and I am not afraid to say I feel Mossad is behind this.”

“And not only them. There are some business houses also who are around [i.e., in New Zealand], you know, Zionist business houses. They are right behind him.”

New Zealand mosque chairman: “I am not afraid to say I feel Mossad is behind [the mass murder of Muslims in Christchurch]” pic.twitter.com/IZis0Tf4u7

Despite understandably causing great upset among New Zealand’s Jewish community, Bhamji went even further by defending his speech to New Zealand’s news outlet, Newshub, saying an inquiry is needed into where the alleged gunman got his money from. He did not offer any proof to his speculations.

“Mossad is up to all these things,” he said. “When I talk about Mossad, why should the Jews be upset about it? Give me an answer?”

“Conspiracy theories – particularly the idea that Jews (whether through the Jewish state or otherwise) are a malevolent controlling force in the world – are at the very core of anti-Semitism,” she added.

50 Muslim worshipers were killed and at least others were 20 injured in the shootings at the Al Noor and Linwood mosques in Christchurch on March 15.