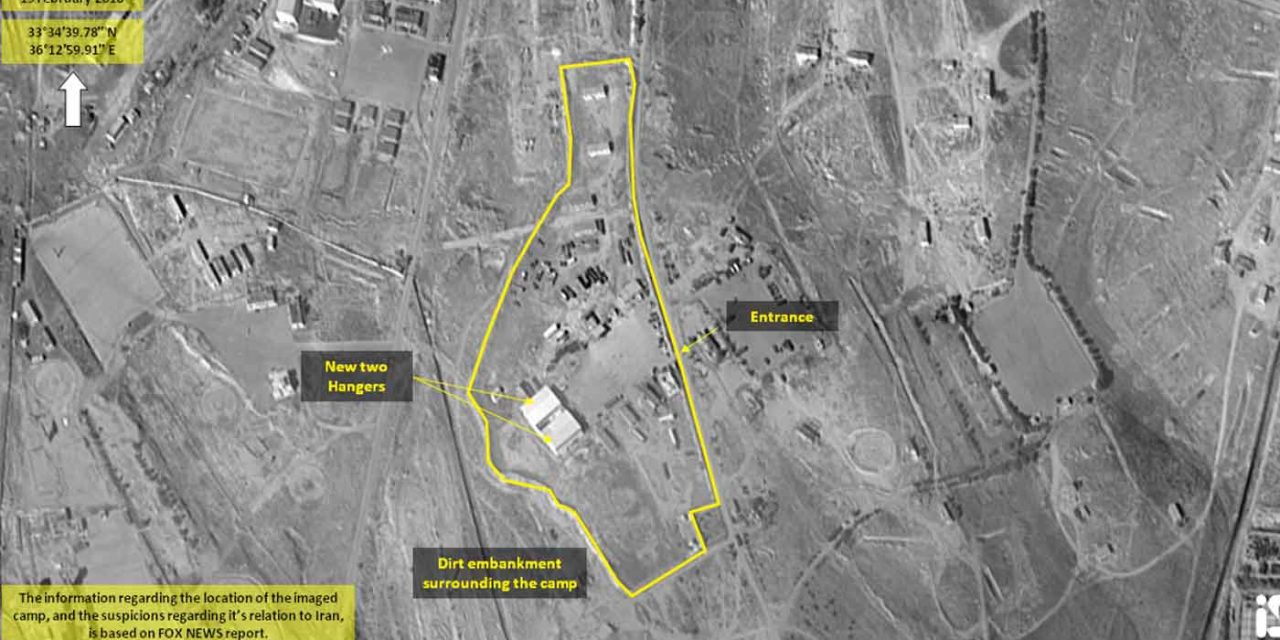 The images display what seems to be two hangars very similar to the ones Israel forces destroyed last December. Different sources suggest that it may be from 5 to 8 miles northwest from Damascus, the capital of Syria. It is estimated that both hangers are 20 yards by 30 yards and contain short- and medium-range missiles. According to Fox News, the Quds Force, the special operation forces of the Islamic Revolutionary Guard Corps, operate the hangars.

Prime Minister Benjamin Netanyahu has made it clear that they will not allow Iran to impose terror on Israel and they will not hesitate to defend themselves and even act against Iran itself.

Joseph Votel, head of US Central Command, has informed of the increasing quality of missiles that Syrian and Lebanese proxy forces have received from Iran.

The Iranian entrenchment in Syria has already been well reported.
Up to 20,000 fighters from various militias throughout the war-torn country have been trained by Iranian military personnel, giving Tehran its “true muscle” in Syria, according to a recent report in The New York Times.

Israel has been warning for years that Iran is seeking to entrench itself militarily in Syria. According to Israeli political and military assessments, Tehran, which has shored up Assad in the Syrian civil war, has been working to create air and naval bases in Syria, from which it can arm the Lebanon-based terror organization Hezbollah and other Shiite groups, as well as carry out attacks of its own against the Jewish state.

Syria is being utilised by Iran to recruit, train and equip militias, threatening Israel and increasing the chances of a regional war.

This may well be the result of the nuclear deal which granted 1.7bn dollars to the Iranian government. Such funding has increased the destabilisation of the Middle East and has enabled Iran to develop militarily.

Meanwhile, the Defence Minister, Avigdor Liberman, warns the public and the media against making resolute inferences, saying that they “have the full picture of what’s going on”.