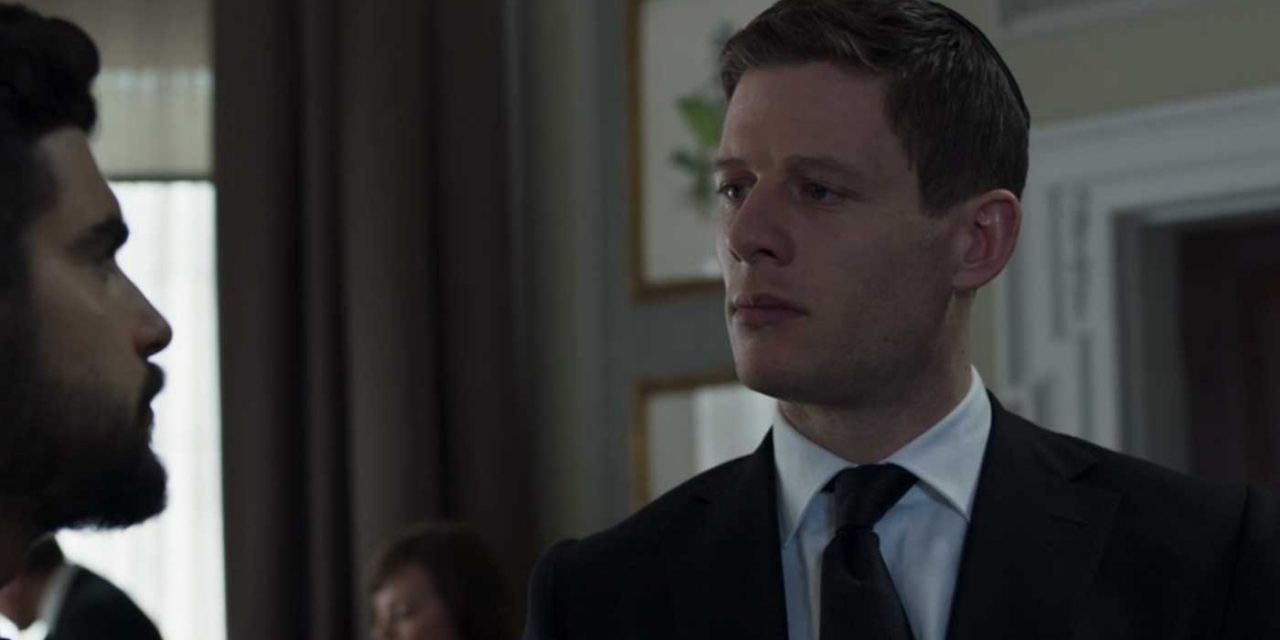 UK Lawyers for Israel has issued a statement accusing the BBC of using “gratuitous slurs” against an Israeli character in its new mini-series “McMafia”, as well as distorting the meaning of Mossad’s motto to paint the Israeli intelligence agency in a bad light.

“Furthermore, the mini-series distorts the motto of Mossad which was quoted in the drama, as “By deception (sic) we will do war”. The actual motto comes from Proverbs, 24.6 and says “For by wise guidance you can wage your war”. The use of the word “deception” in substitute for the words “wise guidance” attacks the integrity of Mossad and insinuates that Israel officially sanctions deception in its intelligence activities.”

The eight-part programme is the creation of award-winning scriptwriters James Watkins and Hossein Amini and is co-produced by the BBC, AMC and Cuba Pictures, in association with Twickenham Studios.

It delves deep into the world of organised crime and follows the story of Alex Goodman, played by actor James Norton, the English-raised son of Russian exiles with a mafia history.

Filming took place partly in the beaches and nightclubs of Tel Aviv, following Strathairn’s portrayal of Kleiman, who the BBC describes as “a well-connected Israeli businessman with a twinkle in his eye that betrays deeper secrets”.

Kleiman is a Member of the Knesset, Israel’s parliament, and has recently been given the go-ahead by the Israeli Court of Arbitration for his floating casino, after a panel unanimously and surprisingly overturns two previous decisions banning it.

Norton’s character decides to ask Kleiman for investment in his failing fund, and is introduced in a basement, but Kleiman’s depiction has angered UKLFI, with lines such as: “Don’t worry about the bombs, my friends at the IDF warned me.”