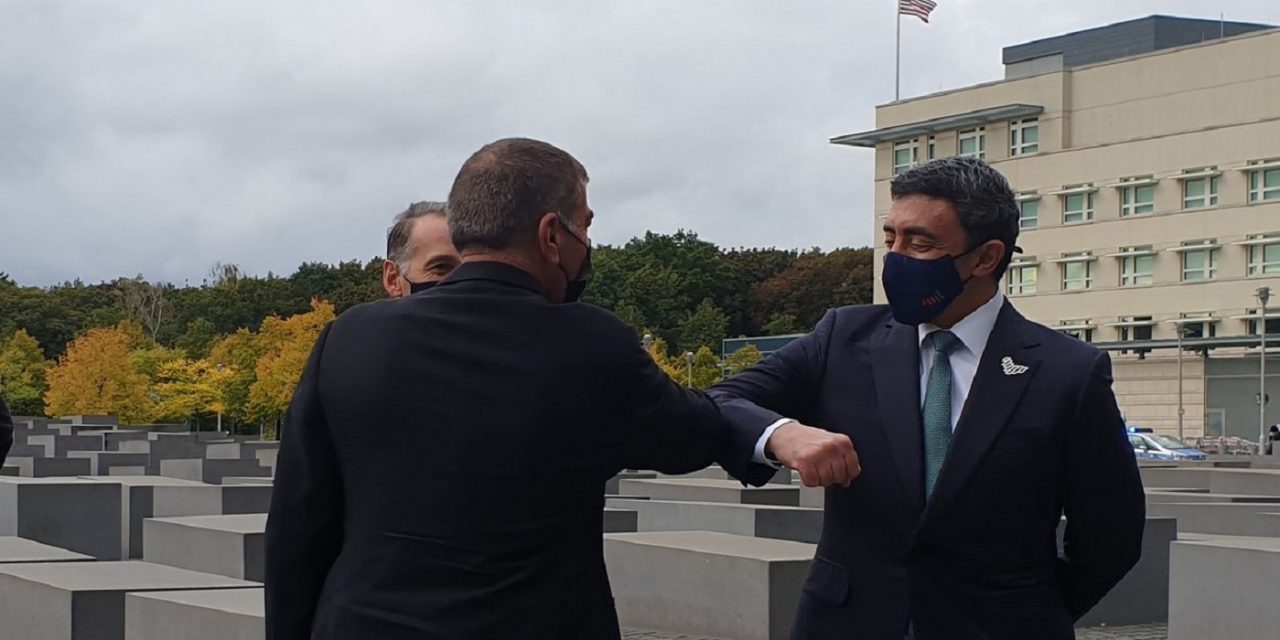 The foreign ministers of Israel and the United Arab Emirates visited the Holocaust Memorial in central Berlin during their “historic” first meeting in the German capital on Tuesday.

Israel’s Gabi Ashkenazi and his UAE counterpart Sheikh Abdullah bin Zayed Al Nahyan bumped elbows instead of shaking hands in line with measures to halt the spread of the coronavirus, as they met face-to-face for the first time after their countries signed a US-brokered deal in mid-September to normalize relations.

It was the UAE foreign minister’s idea to visit the site alongside his Israeli counterpart, the Walla news site reported.

In a handwritten message in the visitor’s book at the memorial, the Emirati top diplomat commemorated the “European Jewish victims of the Holocaust.”

“A whole group of humanity fell victim to those calling for extremism and hatred,” he wrote, adding that the visit to the memorial “underscored the importance of human values such as coexistence, tolerance and accepting the other… as well as respect for all creeds and faiths. These are the values upon which my country was founded.”

“I salute the souls of those who fell victim to the Holocaust,” Al Nahyan wrote, before quoting from a Jewish prayer translated into Arabic: “May their souls be bound up in the binds of life.”

“Never again,” he wrote, in both English and in Arabic.