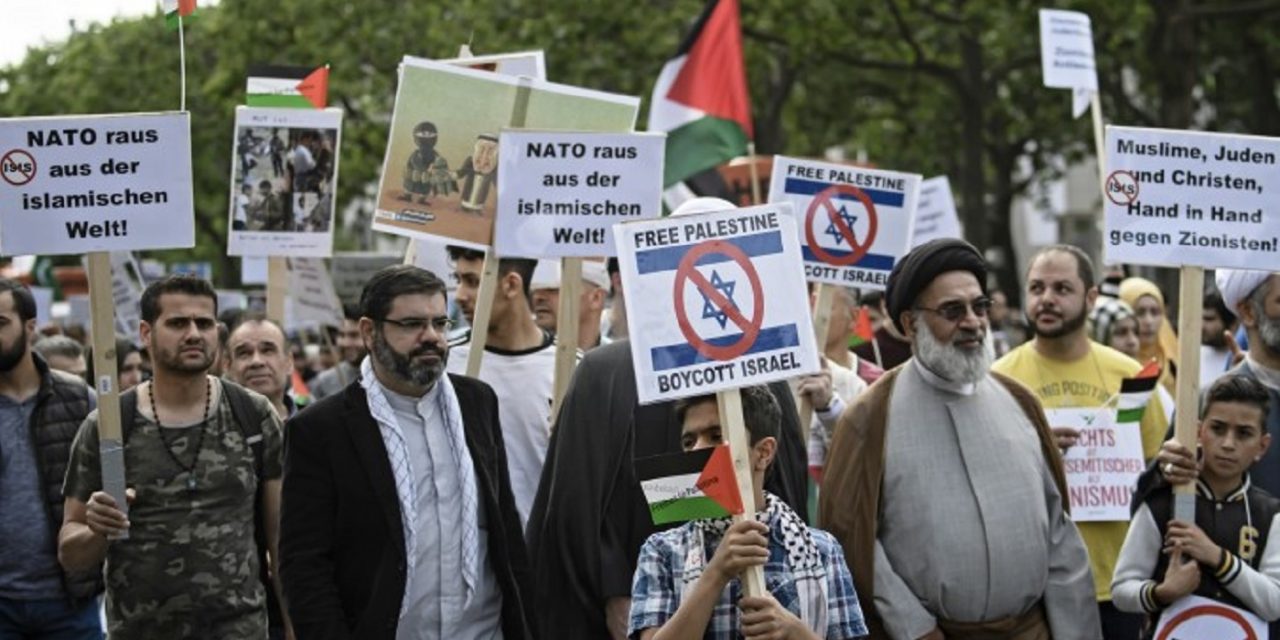 Demonstrators at an anti-Israel protest in Rotterdam reportedly shouted anti-Semitic slogans in Arabic.

Participants in a rally in Rotterdam that was co-organised last month by a Hamas operative and promoters of a boycott against Israel shouted in Arabic about killing Jews, leaders of Dutch Jewry said.

The incident occurred on July 22 during a rally advertised by a newly-formed organisation called the Palestinian Community in the Netherlands, or PGNL, according to a statement Wednesday issued by the Dutch Central Jewish Board. The Rotterdam branch of the Boycott, Divestment and Sanctions movement, which also advertised the event on its Facebook page, was the real organiser of the rally, according to the statement.

Participants in the rally, which was to protest the use of security measures by Israel around the Al Aqsa mosque following a deadly terrorist attack there, shouted in Arabic: “Jews, remember Khaybar, the army of Muhammad is returning.” The cry relates to an event in the seventh century when Muslims massacred and expelled Jews from the town of Khaybar, located in modern-day Saudi Arabia. The event, including the anti-Semitic chants, were broadcast live by the Shebab News Agency, an organisation banned by the Palestinian Authority over its alleged ties to Hamas.