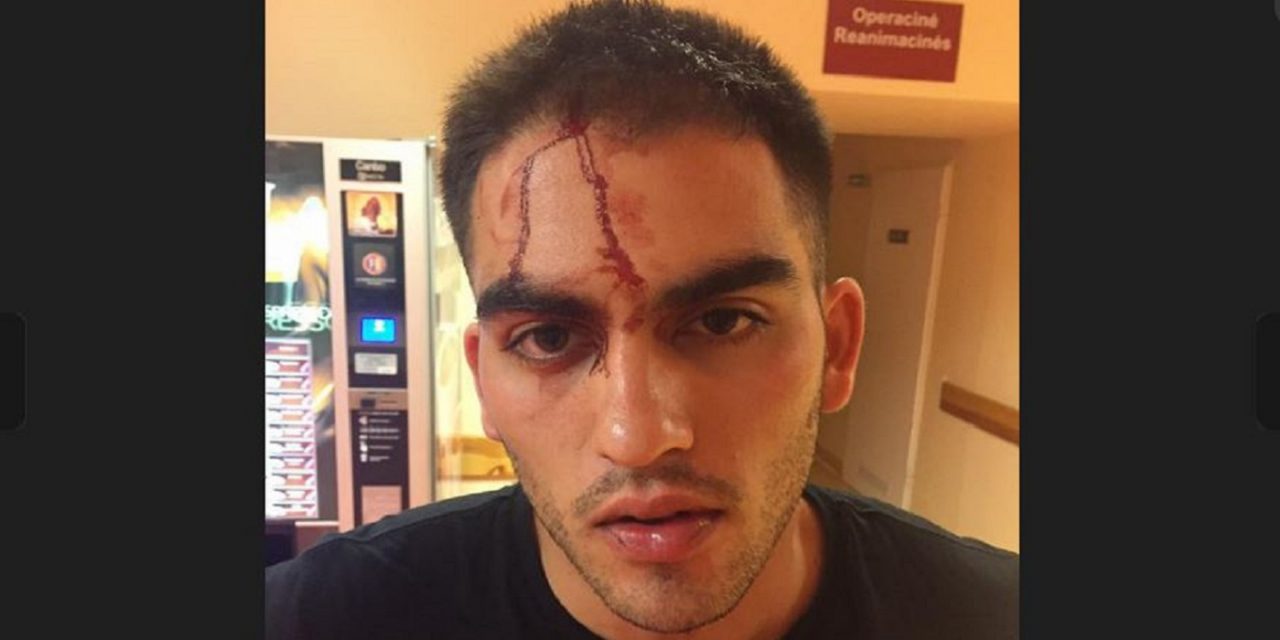 Israeli student Eli Cohen was left with a broken nose and stitches to his head after allegedly attacked by an Egyptian man at a bar in Lithuania earlier this week.

The incident took place several days ago, when Cohen—a student at the Interdisciplinary Center (IDC) in Herzliya—went on a bar-hopping tour of Vilnius organized by the hostel he was staying in.

“A guy walked up to me in one of the bars,” Cohen recounted, “and asked me where I was from. I said I was from Israel. His eyes went wide and he said, ‘I’m from a state that’s an enemy of yours, Egypt.'”

Cohen said he tried to smooth things out. “We’re not enemies. There’s a peace agreement between our countries. I myself visited Egypt and had a great time,” he told the Egyptian.

However, it was to no avail as the Egyptian persisted, saying, “Did you serve in the army? Do you think Israel belongs to the Jews or the Palestinians?”

Cohen tried avoiding the confrontation. “I’m not here to talk about politics,” he said, shaking the Egyptian’s hand and then moving to another corner of the bar.

According to Cohen, the Egyptian kept staring at him throughout the night and later approached him again, accosted him and forcefully tried to manufacture a confrontation. “There’s no such thing as Israel, only Palestine. You’re occupying their land,” the Egyptian reportedly told Cohen.

At this point, Cohen said things turned violent. “The guy stuck his finger in my face and pinched my cheek,” he said. “I was shocked. I threw up my arms to try and create some space between us and asked him to move away from me.”

The Egyptian then punched Cohen in the face. “I didn’t react,” Cohen said. “I just kept reaching forward to create space, and then the Egyptian broke a glass over my head. The bar’s bouncer separated us and took me to the restrooms.”

In the restrooms, Cohen saw his face was bloodied, as were his clothes and shoes.

He went to a local emergency room, where he received stitches to his head and was diagnosed with a mild fracture to his nose.

“Jew hatred is alive and well in the world, as I learned tonight when I was attacked merely for being an Israeli Jew,” wrote Cohen in a Facebook post about the incident.

“I never imagined anything like that could happen to me, but it did,” he said Wednesday. “I’m a victim of a hate crime only because I’m an Israeli Jew.”

Local police was not involved in the incident, and the Israeli embassy in Lithuania said it was not aware of it.