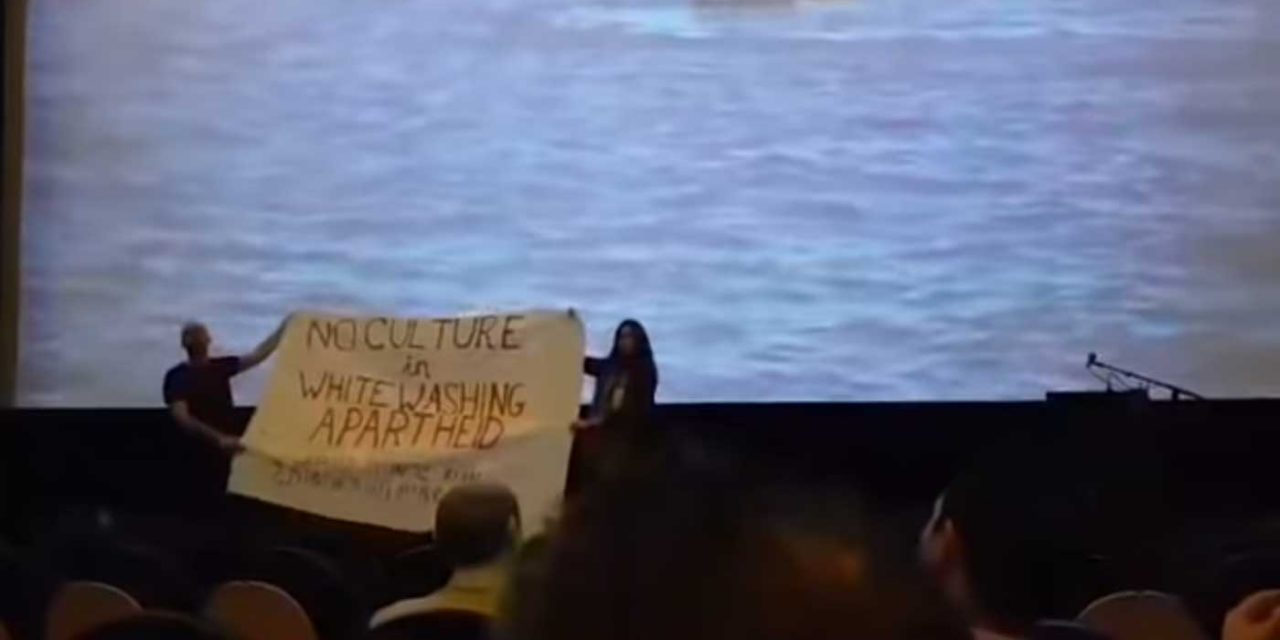 BERLIN – Two activists from the Boycott, Divestment and Sanctions campaign disrupted the presentation of an Israeli Holocaust film in Berlin last week, prompting Israeli security officials to evict the protesters as the audience booed the stoppage caused by the BDS people.

Based on video footage of the disruption, The Jerusalem Post was able to identify one of the BDS activists as Ronnie Barkan, an anti-Zionist from Israel, whose conduct Berlin’s intelligence agency classified in an August report as antisemitic.

Barkan did not immediately respond to a Post press query regarding his activity and the name of the second activist. He did, however, acknowledge on Twitter that “In case you were wondering what was being screened while we disrupted the event.” The activists can be seen on a video holding a sign that read, “No culture in whitewashing Apartheid.”

The nearly two-minute video of the disruption by Barkan and his co-activist was posted on YouTube by the pro-Israel Germany-based group Aktionsforum Israel. The group wrote under the video that BDS attempted to sabotage a film about the Holocaust on October 4.