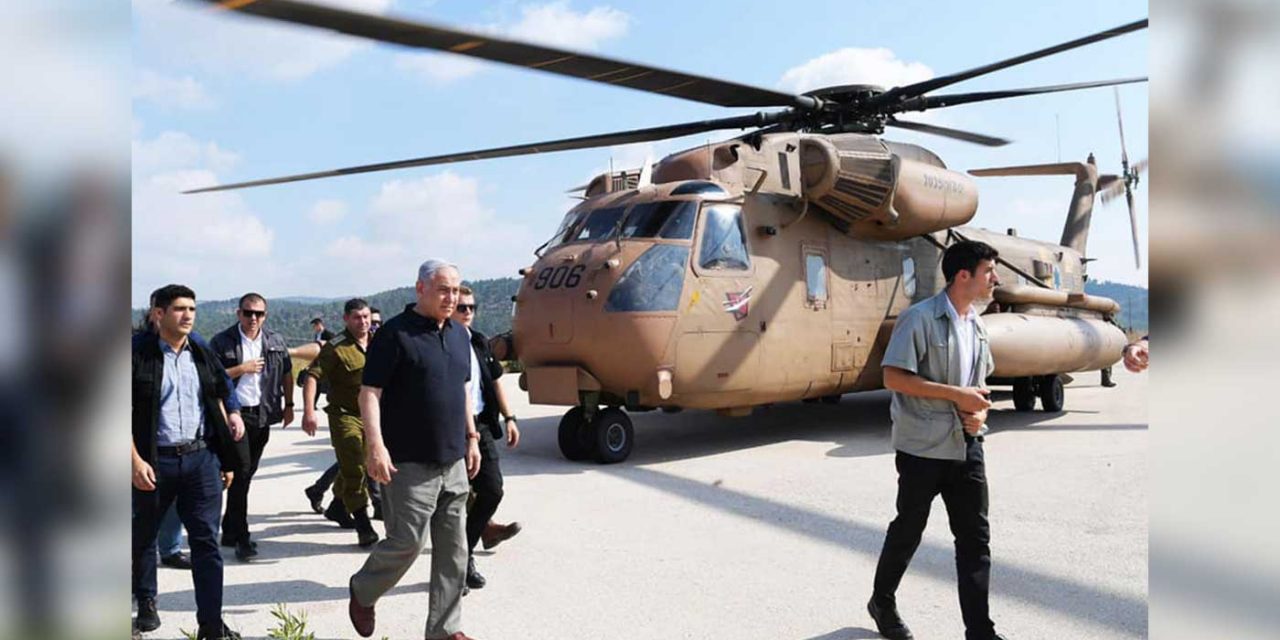 After the drill, Netanyahu said, “I am very impressed by the improvement in readiness, by the fighting spirit of the soldiers and commanders, and mainly by the destructive power of the IDF.”

“I hear our neighbours from the north, south and east threatening our destruction,” he added. “I say to our enemies: The IDF has very great destructive power. Don’t test us.”

Posted by The Prime Minister of Israel on Thursday, 20 June 2019

The Israeli Air Force has been holding a large-scale, four-day combat exercise since Sunday simulating simultaneous warfare in Gaza, Syria, and Lebanon and featuring F-35 jet fighters for the first time, according to the IDF.

The drill focuses on fighting in the country’s north, against Hezbollah and Iranian forces, said the military.

The drill has tested the Israeli home front’s ability to endure massive missile fire. It has simulated a breakdown in technology and infrastructure such as Israel Air Force communications centres which are disabled and runways which are damaged.

Fighter jets, helicopters, cargo planes, drones, air defence units, and ground support forces have all been called into action for the exercise, said the Israeli military.

Though the focus has been on the north, Syria and Lebanon, the simulated simultaneous multi-front war exercise has also included the Gaza frontier.

“The whole Air Force is in the air.” said a senior Air Force officer, according to the Arutz 7 website.

In addition, “the ground forces are full partners in the exercise, and we have generally reached the highest levels of cooperation of the past decade,” said the senior officer, as quoted by Arutz 7.