Netanyahu: “Israel has no better friends than Christians” 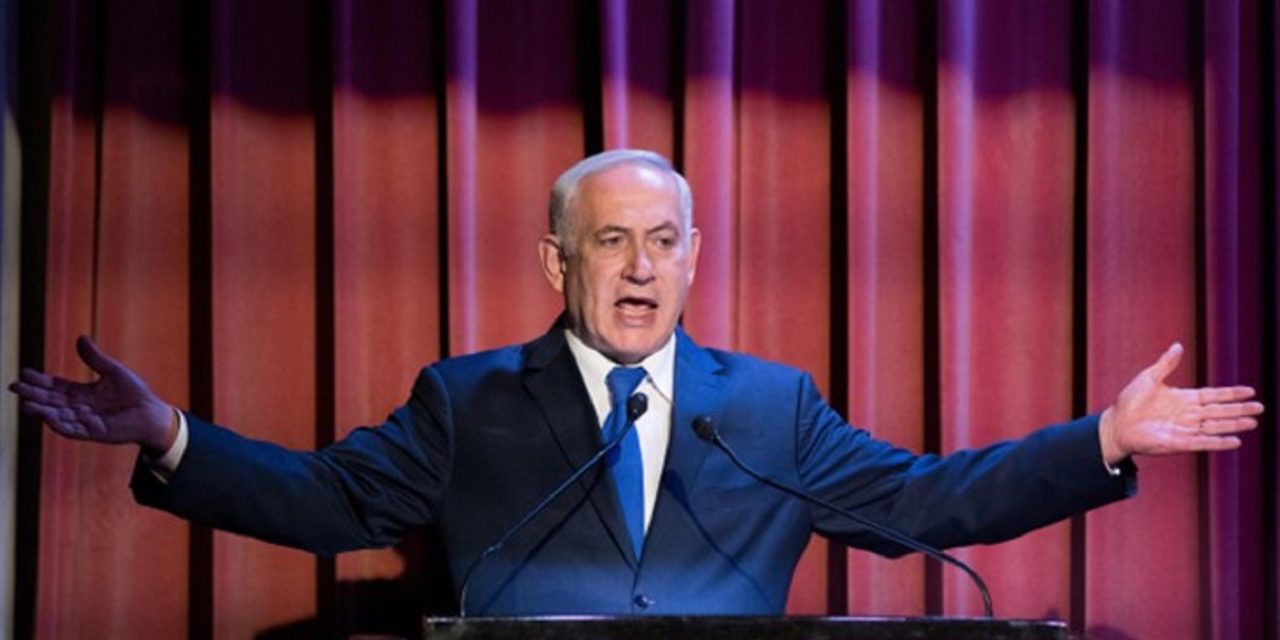 Prime Minister Netanyahu has said “has no better friends in the world than the Christian communities around the world,” in a speech to Christian media professionals in Israel.

Netanyahu spoke at the opening gala of the first-ever Christian Media Summit in Jerusalem on Sunday evening, a conference jointly sponsored by the Ministry of Foreign Affairs, the Ministry of Jerusalem Affairs and the Government Press Office.

Netanyahu also noted that Israel remains one of the few havens for Middle East Christians in a region where religious minorities have suffered increased persecution at the hands of Islamic extremists.

FULL TEXT of speech below video

“I want to welcome you all to Jerusalem, the eternal united capital of the Jewish people.

You know, you are joining us as we celebrate 50 years since the Holy City was liberated and united; 50 years of religious freedom for all. You know that because you walk around, you go to the holy sites, you go to the churches, others go to the mosques, and you know this is a free city.

I want you also to join us in looking forward to the day when the embassies of all your countries move to Jerusalem.

You know the truth about Israel’s history and the truth about our commitment to freedom. Freedom is under a challenge all the time, and I think it scored a big victory the other day. I want to thank President Trump for his courageous speech outlining a new course against Iran, the enemy of our free civilization.

Now, some world leaders are willing to ignore this repression and seek to appease Iran, but I am not one of them.

I think that how a country treats religious minorities is a very good indicator of how it will treat its other citizens and its neighbors. So today I have a simple request for the media outlets in this room: Dedicate this week to highlighting the plight of the countless Christians suffering under Iran; Profile the brave Christian leaders jailed for practicing their faith; Sit with the families of the school teachers jailed for years merely for converting to Christianity; Call out the lie and the lies of President Rouhani, who promised in 2013 that all religions would, quote, feel justice in Iran, while so many Christians live there in constant terror.

“Good to see you, my friend. The influence of this Christian media group is much greater than ABC, NBC and CBS combined, and there’s no fake news here. The question I want to ask you is concerning Iran. Tell us the influence that they’re having with the terror, with Hamas, with Hezbollah, and in Syria, in light of the President’s courageous stand.”

“Well, I think there are two issues that the President was concerned with and we’re all concerned with, and coincidentally, on this Israel and the leading Arab states see eye to eye. And I said today in interviews on American television, I said, you know, when Israel and the main Arab countries see eye to eye, you should pay attention, because something important is happening. We’re here. We know what we see. Here’s what we see: We see two great dangers emanating from Iran. The first danger is the danger of a nuclear armed Iran, which is virtually guaranteed if this agreement is not changed or scrapped. Because that’s where it’s leading. It’s leading not merely to Iran’s capability to have an atomic weapon, one bomb. It virtually opens up the field so they can have within a decade 100 bombs, a vast nuclear arsenal. And this is Iran, which is, its economy is 30 times the size of North Korea. So you can imagine the world’s foremost terrorist regime armed with an arsenal of nuclear weapons. Is that going to produce peace? Is that going to produce progress? Because people said, well, if Iran signs this deal, two years ago, three years ago, when they were negotiating this deal and they were arguing for it. They said, once Iran signs this deal, then, they said, it would join the community of nations.

So Iran received the first installment of about 50 billion dollars coming in to its coffers, and what did they do? They didn’t join the community of nations. They’re devouring the nations one after the other. They’re in Yemen firing rockets deep into Saudi Arabia; they’re in Iraq killing people, now squeezing the Kurds; they’re in Syria, colonizing Syria and the intent to turn Syria into a military base for their war of destruction against Israel.

“Mr. Prime Minister, Chris Mitchell, Bureau Chief for CBN News. And I know I speak for the Christian media here, thank you for making this summit possible.

As a follow up to Iran, I just came back from Kurdistan and many people I saw firsthand the growing influence of the Shiite militias and the growing influence of Iran. And they’re concerned about a Shiite arc going from Tehran all the way to the Mediterranean. Can you address their concerns? The decision by the Trump Administration to decertify the Iranian nuclear deal and the referendum for independence that was just a few weeks ago.

And one follow-up question, Mr. Prime Minister, many people may not know that Israel sends relief teams, search and rescue teams to earthquake places like Mexico, the hurricanes in Houston and Florida. With all the problems facing Israel, why does Israel feel obligated to reach out with humanitarian aid to the nations?”

“Because we’re a light unto the nations. That’s the great fulfillment of that great prophecy, and in fact what Israel is doing. It’s doing it in places like Haiti or in the Philippines or in Mexico. I mean, you should hear what the people in Mexico said about Israel. I recently spoke to President Peña Nieto from Mexico, he called me up, and he said I want you to know how grateful the people of Mexico are. And you saw that in the Mexican media, they just love Israel.

I was there between two earthquakes, just in the stitch of time, a few days, and I saw how receptive and how warm the people of Mexico were to Israel before the earthquake. And then you know they saw this mission that came, taking some risk, considerable risk, and going through the rubble, and trying their best to salvage whatever could be salvaged, and the people really warmed up to that.

And you see that elsewhere, in many places around the world. You see it in Tibet, the same thing. Our mission in Mexico was the last, the first to come and the last to leave. Our mission in Nepal was the second largest mission in the world. The first was India – it’s closer, and, you know, bigger. But ours was the second largest in the world. And the people say, well, what do you do? What is it that you get out of it? And the answer is we’re not getting out of it anything, we’re fulfilling our deepest values – Israel is a light unto the nations.

Now you talk about those who want to extinguish that light. Iran. Yes it wants to build a Shiite arc, to create – it’s working on it, you know – which is Iran, Iraq, Syria, Lebanon. I said in the UN a few weeks ago that what they want from Tehran to Tartus, from Iran to the Mediterranean, they want this Shiite arc, to colonize it and control it, and everyone is concerned. All the countries, except Assad I think, everybody is really concerned and wants to stop it, because this is an act of unadulterated aggression.

They’re trying to import… get this, they’re trying to import Shiite militias that are now trying to choke the Kurds in Kirkuk, Shiite militias – Afghans, Pakistanis under Iranian command, and they want to bring them also right next to the Golan Heights. Well, this is colonization of the worst kind. And this is intimidation and subjugation of the worst kind. But that’s what Iran is about, so obviously we all sympathize with the Kurds, we understand this, and we are absolutely determined to defend ourselves against this aggression.”

“Mr. Prime Minister, it’s on the books now that I’ll see you on Tuesday for your interview with Mike Huckabee that’s there at the Knesset, but he’s going to ask you about the moving of the…”

“Are you giving me a promo?”

“Our relationship is fine, it’s excellent actually, and there’s, I think, a sense of warmth and an instinctive understanding on many important things. Now mind you, I want you to put this also in perspective. Yes I had some differences , like on Iran and a few other things, with President Obama, but it didn’t really alter the solidity of the American-Israeli alliance. We also signed an MoU that I appreciate, I don’t forget, it was important. So I think there is a basic alliance there that transcends differences that we may have over particular issues.

But the issue of Iran wasn’t just another issue. The issue of Iran is existential for us. And I felt compelled to take our case to the American Congress because that deal, so-called deal, was a direct threat to our future, to our existence. I think there’s been a change with regard to this central issue, because, because I think President Trump correctly identifies that Iran is not the solution but perhaps the problem in the Middle East. The problem. The source of so much aggression, so much terror and so much misery.

And he wants to… He took a very courageous step yesterday, because what he did was, he could have kicked the can forward, he could have said, well it’s not going to happen on my watch, so why should I deal with it. You know, Iran will become a nuclear power with a nuclear arsenal, if we just let the deal go through but it won’t happen on my watch. But he said, no, it’s the duty of leaders, and it’s perhaps the most difficult duty of leaders, to ward off danger before it becomes apparent to everyone, because when it becomes apparent to everyone, it may be too late.

So I really appreciate what he did yesterday on this point, which is obviously very important for Israel, but also I think very important for the United States and for the future of the world. The relationship is good. I want to thank you all for your continued support for the State of Israel. I think when you and your readers and viewers and listeners, when they look at the Middle East and they see the forces that are aligned against the values we hold dear, you see a beacon of light, a towering beacon of light. Israel is not that big a country, you know that. It’s a small country, but it’s a gigantic country, because we stand on the shoulders of giants: the giants of the bible, the giants of Jewish history, the people who gave us our deepest values, which we share and which we cherish.

I want to thank you for your support.

Thank you very much. Thank you all.”