Netanyahu and Gantz to form unity government in Israel 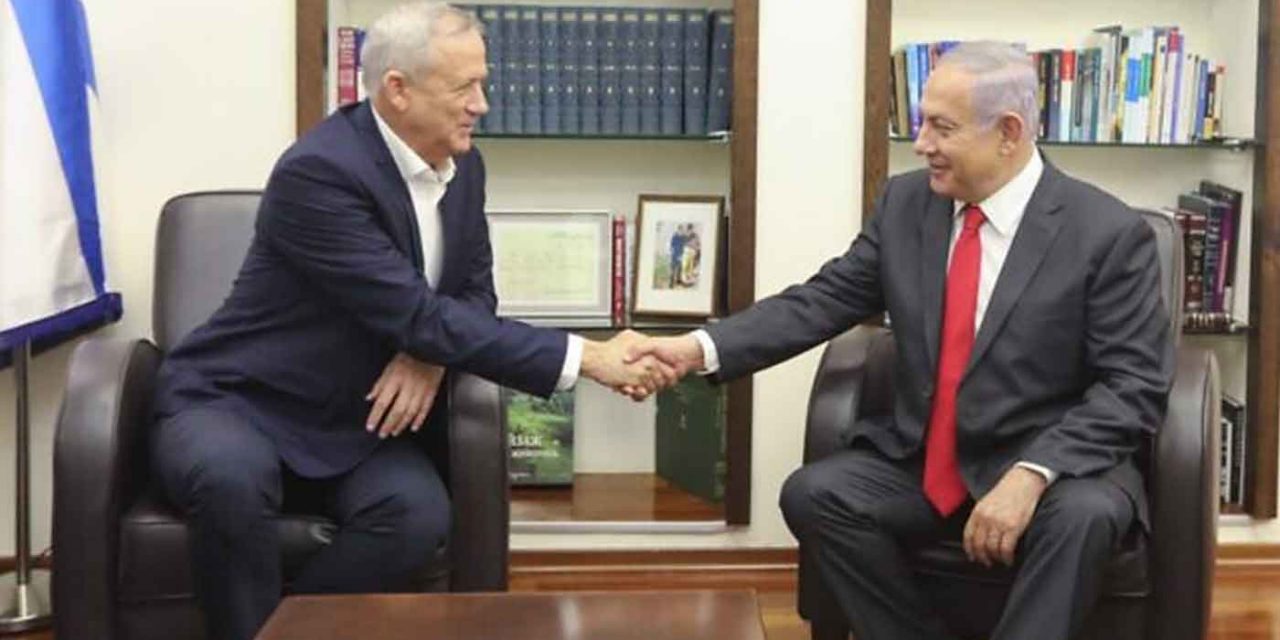 Israeli Prime Minister Benjamin Netanyahu’s main rival has reportedly agreed to join a unity government, ending a year of political turmoil in Israel that saw a record three elections in less than a year.

Benny Gantz’s surprise election as speaker of parliament (Knesset) on Thursday paved the way for the deal and it is rumoured he will stay in the role until he is named foreign minister in a new unity government with Benjamin Netanyahu, according to Israeli media.

The reported deal will mean that Benjamin Netanyahu remains as Prime Minister of Israel until September 2021, when he will hand over the reins to Gantz. However, this is not yet confirmed.

Mr Netanyahu’s Likud party won the most seats in this month’s general election – the third in less than a year – but they did not win enough seats for the right-wing bloc to gain a majority of seats in the Knesset.

However, it seems Gantz took the decision based on the Coronavirus pandemic and the likelihood, according to polls, that Israel would choose Netanyahu again if they went to a fourth election.

Israel is currently battling Coronavirus, which has infected 3,000 people in Israel and claimed 11 lives.

Israel Resilience party leader Benny Gantz on Friday defended his shock decision to head toward a unity government with Prime Minister Benjamin Netanyahu, saying he was “at peace” with the move, even though it ruptured the Blue and White alliance he lead.

“I am at peace because I did what my nation needs,” he said, adding that he understood the hurt and anger of some of his supporters who saw the move as a betrayal.

“These are unusual times. Israel is in a state of emergency. Hundreds of thousands of families are hunkering down in their homes. There is a real sense of emergency in the face of a health threat that is taking human life and in the face the threat of economic devastation,” Gantz wrote.

“This is the time for leaders to choose what is right and put the lingering issues and personal scores aside,” he said explaining his decision to backtrack on an election promise to never serve under Netanyahu, who is charged in three corruption cases.

Gantz said that he, along with former IDF chief Gabi Ashkenazi, had decided that the only alternative was a fourth round of elections, which was not an option during the coronavirus crisis.

We must pray for Israel to come together in unity at this time. The country is battling Coronavirus as the rest of the world is and they need clear leadership at this time to guide them through this crisis. We pray for both Netanyahu and Gantz that they will do what is right for Israel and her people.