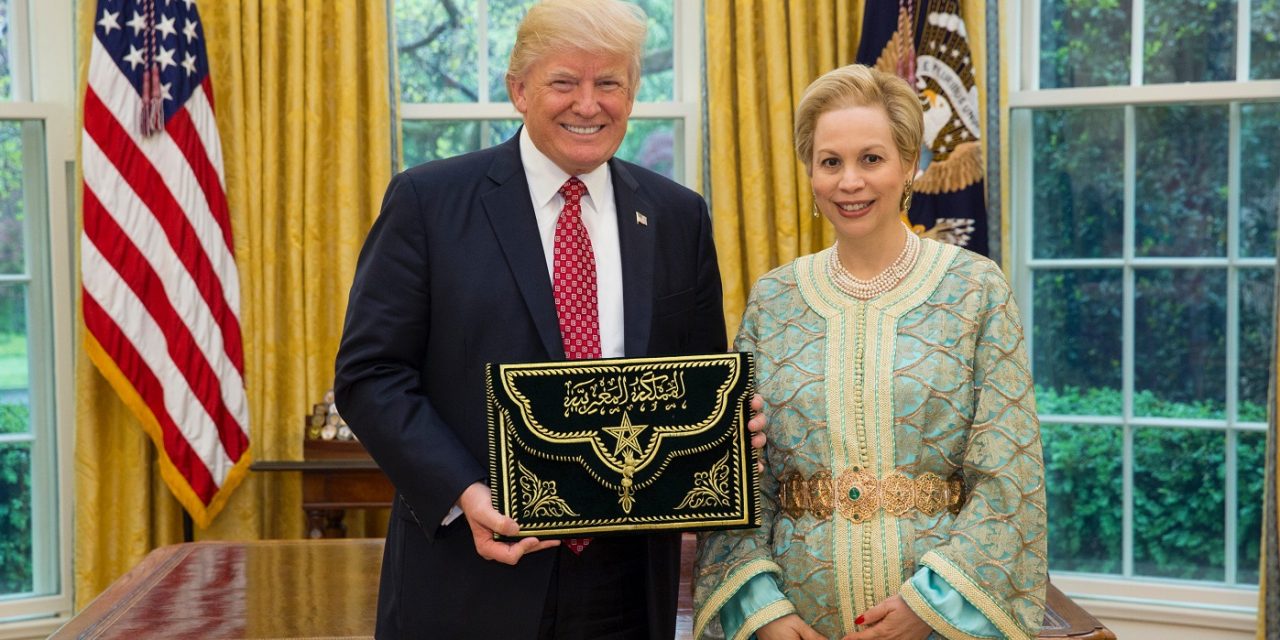 US President Donald Trump on Friday received Morocco’s highest award for his work in advancing a normalization deal between Israel and Morocco, a senior administration official told Reuters.

In a private Oval Office ceremony, Princess Lalla Joumala Alaoui (pictured in 2017), who is Morocco’s ambassador to the United States, gave Trump the Order of Muhammad, an award given only to heads of state. It was a gift from Morocco’s King Mohammed VI.

The United States in the last five months helped broker deals between Israel, the United Arab Emirates, Bahrain, Sudan and Morocco. The agreements are aimed at normalizing relations and opening economic ties.

Congratulations to Lalla Joumala, who presented her credentials to President Trump yesterday in Washington! pic.twitter.com/r2AbjIc4fH