Manchester Attack: “It is time to tackle the cause not just the effect of Islamist terror” 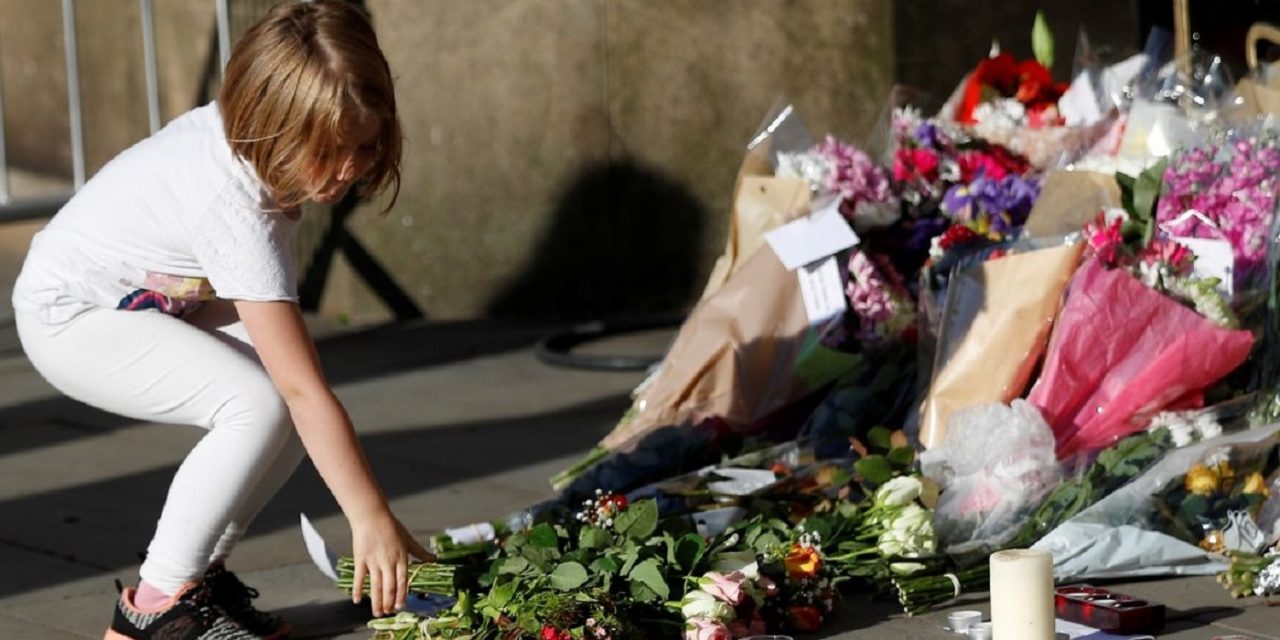 Radical Islamic jihadism doesn’t play to the rules of the West. The effect, like that seen in Manchester, makes no sense to us whatsoever, but the cause does. Their motive, which is a religious one, is clear and it is pro-active.

It makes no sense. There are no words that can adequately describe Monday’s terror attack in Manchester that killed 22 people, many of whom were children, and injured many more. One paper’s headline “Slaughter of the Innocents” was possibly the closest attempt to explain the upsetting atrocity caused by the suicide bomber.

It is not the first time Britain has been hit by Islamist terror. But on this occasion they targeted our young people. The Adriana Grande concert drew excited children and their parents to Manchester Arena. Other parents waited outside as their young ones enjoyed an evening of mildly unchaperoned entertainment. For the Jihadist it was a prime target – it was an attack on our way of life, our freedoms and our values which are completely at odds with the evil ideology held by the bomber.

Our excellent security and intelligence services are now engaged in a significant nationwide operation with military personnel on the streets to keep us safe as the threat level is increased to critical. But this only addresses the issue of the effect of this Islamic extremism. We also need to tackle the cause. We need to call out this radical ideology for what it is. Radical Islamic jihadism doesn’t play to the rules of the West. It follows its own manifesto that tells us they want to kill us, why they want to kill us and how they are going to do it. It’s time to recognise that they actually mean it. The effect, like that seen in Manchester, makes no sense to us whatsoever, but the cause does. Their motive, which is a religious one, is clear and it is pro-active. And until we take the threat of this cause seriously and pre-emptively we will remain on the chase.

Concerns of “home-grown” terrorists being radicalised abroad are valid, but the seeds that lead to radicalisation have been set closer to home. Our efforts to condemn radical Islam have been hampered by political correctness and lack of effective strategy. Whether the attack is in Nice, Paris, Berlin, Stockholm, St Petersburg, San Bernadino, Cairo, Orlando, Jerusalem or Tel Aviv, or any other city in the world, the root of this evil ideology is the same. We cannot condemn these attacks without condemning the motivation behind it. We cannot stop these attacks without attempting to stop those that fund, incite and conceal this movement of hate.

Manchester has admirably shown  courage and defiance. Those who live in Manchester or know a Mancunian expected nothing less. For our children’s sake we must try to get back to business-as-usual. But for our children’s future we cannot do nothing. We owe it to the next generation to root out this Islamic extremism from our midst. Our British stoic resolve to “keep calm and carry on” is not sufficient on this occasion. We must change.

The #PrayforManchester is used as a well-meaning hashtag in solidarity with those affected this horrendous act. But it must take on further meaning in recognising that our country is desperately in need of  God’s wisdom in confronting the challenges ahead. When we understand the nature of this evil ideology we realise that this is a battle that cannot be won by political strategy alone.

Ephesians 6:14 “For we do not wrestle against flesh and blood, but against principalities, against powers, against the rulers of the darkness of this age, against spiritual hosts of wickedness in the heavenly places.”