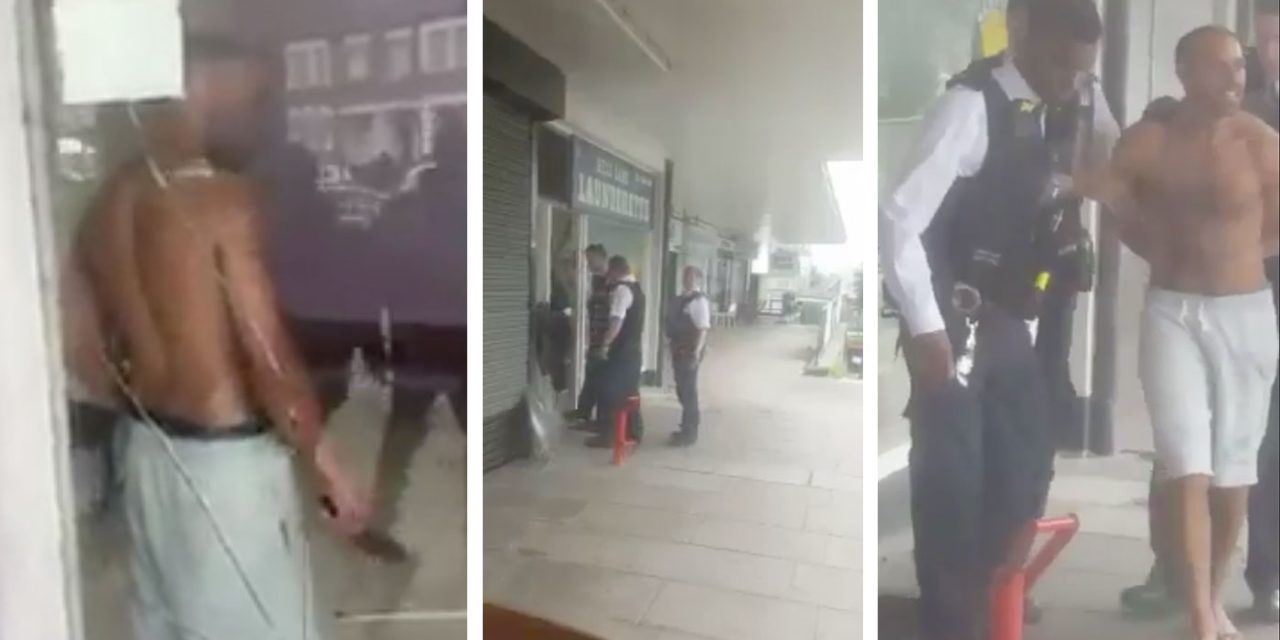 London police have arrested a man who was brandishing two knives outside a Hendon synagogue on Saturday.

Toras Chaim synagogue in Hendon went into lock down during services as a result of the knifeman outside, with congregants thinking it was a terrorist attack.

The Community Security Trust later said the man was not thought to be motivated by terrorism or anti-Semitism and Scotland Yard stressed the man had been arrested under the mental health act.

Video footage emerged on social media on Saturday evening showing the suspect, holding a knife, while locked inside a building as police try to calm him.

. @MPSBarnet Police try to calm suspect who locked himself into shop in #Hendon with 2 knives. Male was detained under the Mental Health Act pic.twitter.com/hJMIdDHkXH

A second video shows the same man being arrested.

A Met spokesperson said: “Police were called at approximately 11:20hrs on Saturday, 15 July to Bell Lane, NW4 following reports of a man seen in possession of a knife.

“Officers attended and the man was detained under the Mental Health Act before being taken to a north London hospital. There were no reported injuries. This is not being treated as terrorism-related.”

Police arresting suspect in #Hendon after he attempted earlier to enter synagouge armed with 2 knives pic.twitter.com/TDeif09bmV