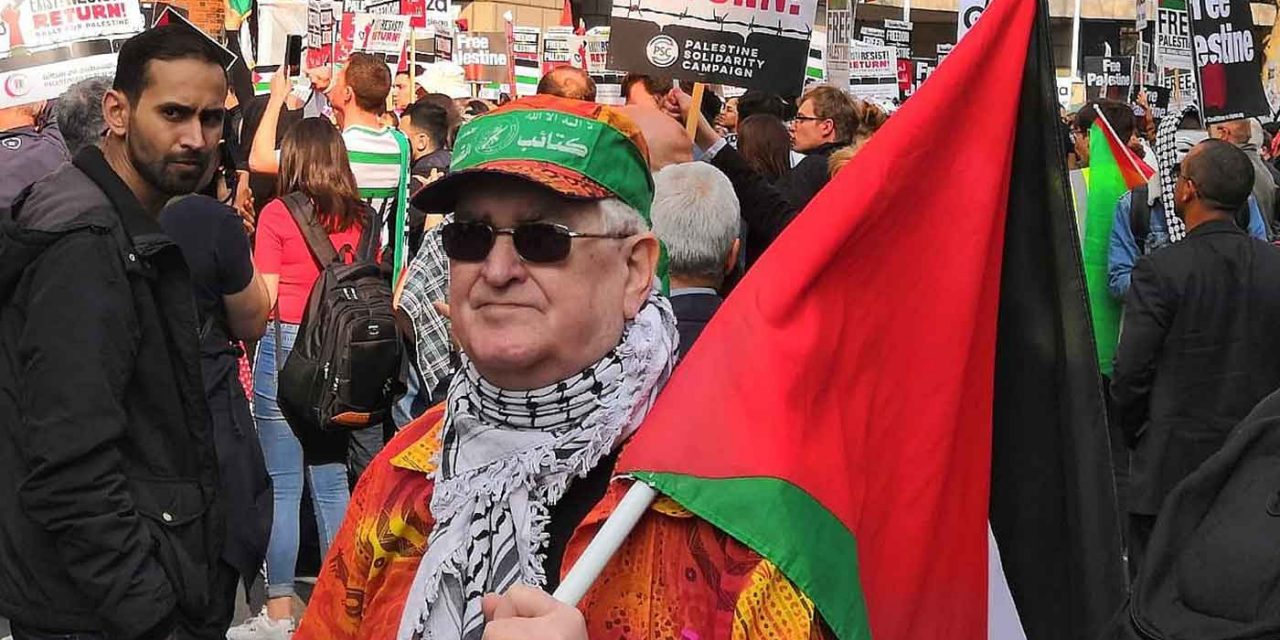 The Metropolitan Police has been asked to investigate a man seen wearing a Hamas bandana during a protest outside the Israeli embassy in London on Saturday.

Although no arrests were made during the rally to mark a year since the March of Return protests began at the Gaza border, officers were subsequently sent photos of the man in question.

They were also sent another photo showing a man who appeared to be flying the flag of the Popular Front for the Liberation of Palestine.

It is a criminal offence under the Terrorism Act 2000 to “display an article, such as a flag, in such a way or in such circumstances as to arouse reasonable suspicion that they are a member or supporter of a proscribed organisation”.

A police spokesman said each case depends “on its own particular facts including any supporting evidence”.