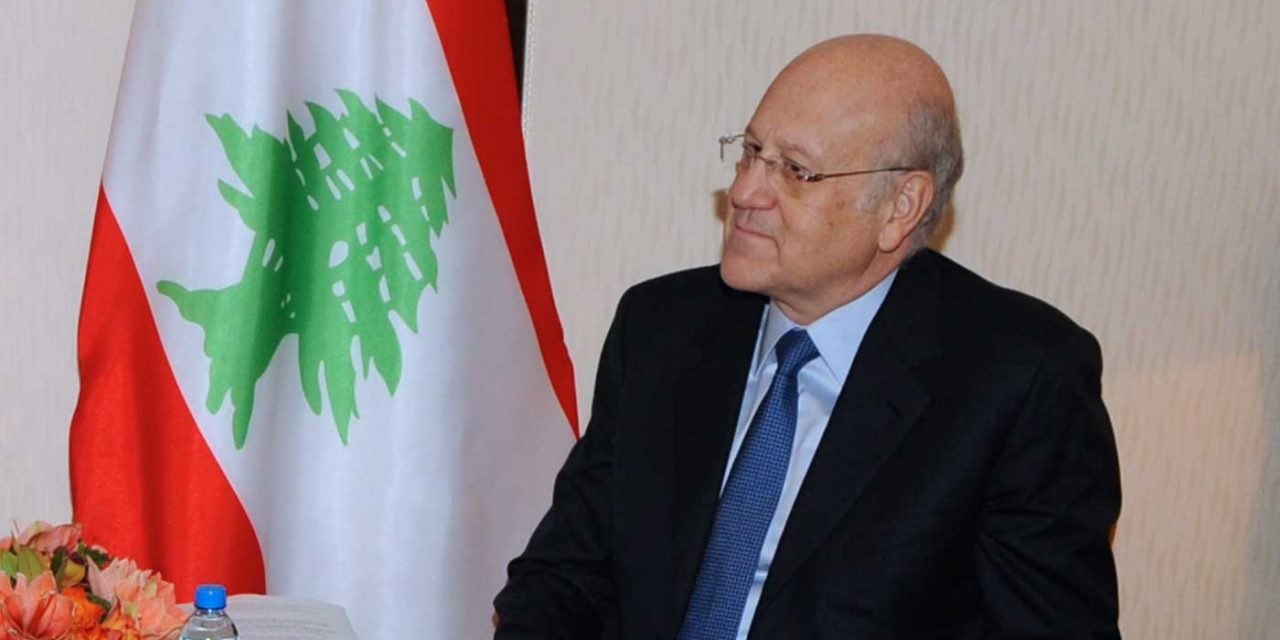 Lebanon’s new Prime Minister Najib Mikati has continued the legacy of the government’s hatred of their Jewish neighbours when he said there was no chance of cooperation with Israel.

Lebanon is in the grasp of one the world’s economic meltdowns and its new Prime Minister is hoping to fix that. Mikati is one of the richest men in Lebanon and now leads the country. During a press conference last week he fought back tears as he lamented over his country’s plight, explaining that mothers cannot feed their children or send their children to school because of a lack of money.

“The situation is difficult but not impossible to deal with if we cooperate,” Mikati told reporters at the presidential palace, where the new government line-up was announced.

That cooperation is open to anyone except their neighbour to the south, Israel. He explained his new government “will deal with anyone for the sake of Lebanon’s interest, with the exception of Israel, of course.”

Instead of truly working to better the lives of the Lebanese people, he is rejected the help of Israel.

Israel and Lebanon have no diplomatic ties and any communication between the two governments takes place through UNIFIL, the UN peacekeeping force located in southern Lebanon along the Israel-Lebanon border.

The remarks from Lebanon’s prime minister echo those of the Taliban.

Last week, Taliban spokesman Suhail Shaheen spoke to Russian media and said the Taliban were willing to work with all countries, including the United States. But this offer did not include Israel.

“Yes, of course, in a new chapter if America wants to have a relation with us, which could be in the interest of both countries and both peoples, and if they want to participate in the reconstruction of Afghanistan, they are welcome,” Shaheen said.

“Of course, we won’t have any relation with Israel. We want to have relations with other countries, Israel is not among these countries,” Shaheen said.

The hatred of Israel is alive and well in the Islamist controlled nations. The terror group Hezbollah is in majority control over Lebanon and that includes influence over the new prime minister. And the Taliban are a terrorist group that now have complete control of Afghanistan. Unfortunately, there can never be peace between Israel and these extremist regimes.