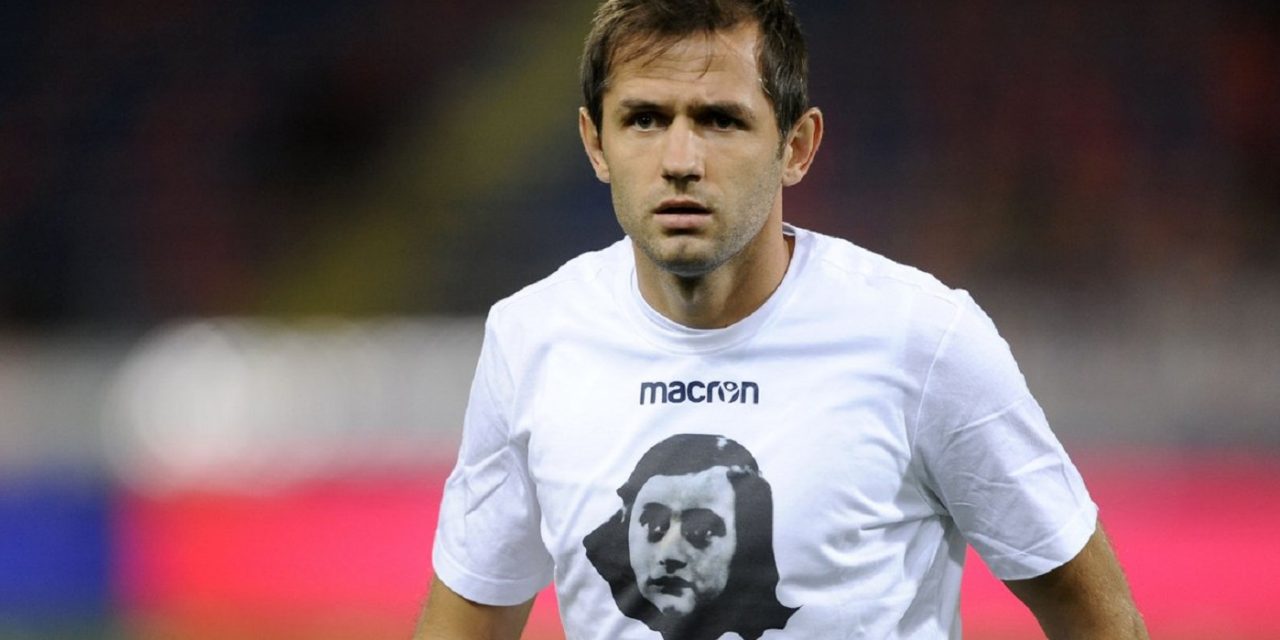 Lazio stars wore shirts with the face of Anne Frank before their match on Wednesday night, days after their fans used images of the Holocaust victim to taunt rival supporters.

The Italian team’s hard-core support, known as ultras, sparked outrage on Sunday, as fans at the Stadio Olimpico distributed stickers which showed the girl in a Roma shirt along with anti-Semitic messages.

In response, the club organised a trip to  a local synagogue, while Lazio players wore Anne Frank t-shirts with the words “No to anti-Semitism” before their 2-1 win over Bologna on Wednesday.

FANTASTIC move by Lazio. The Italian club emerged from the tunnel at tonight's match wearing T-Shirts with a picture of Anne Frank on to make a stand against anti-Semitism.On Sunday some Lazio fans taunted rival Roma fans with anti-Semitism using the young Holocaust victim on anti-Semitic leaflets.

Posted by Christians United for Israel – UK on Wednesday, 25 October 2017

At the request of the Italian Football Federation, extracts of Anne Frank’s diary and Italian Jewish writer Primo Levi’s memoir If This Is A Man were read out before all of Wednesday’s Serie A fixtures.

The tribute was followed by a minute’s applause in most stadiums, but the readings were marred by some Juventus ultras who turned their backs to the pitch and sang the Italian national anthem.

However, several Lazio ultras boycotted the start of the match when players wore the T-shirts, and Gazzetta della Sport claim several made Nazi salutes when they finally did arrive.

While they also chanted “Me ne frego” [I don’t care], which is a known fascist song.

To add insult to serious injury, they were seated in a part of the ground named after former Inter Milan and Bologna coach Arpad Weisz, who died in Auschwitz in 1944.

Before the match, Lotito had laid a wreath outside a synagogue in Rome, but it was mysteriously later found in the river Tiber.

On Tuesday, Italian President Sergio Mattarella described the anti-Semitic stickers left at the Stadio Olimpico as “alarming”, adding that the use of Anne Frank’s image was “an insult and threat”.

He called for those responsible to be identified and permanently banned from stadiums.

Police have identified 16 suspects, including three minors, according to Italian media.