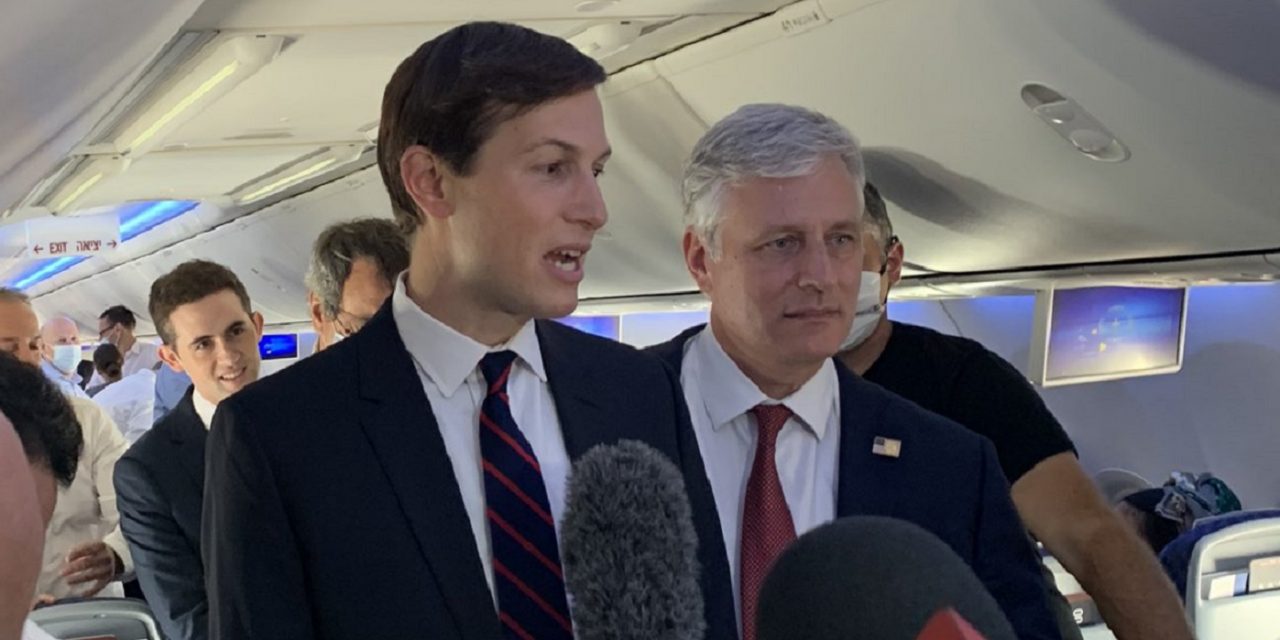 US President Donald Trump’s son-in-law and White House senior adviser Jared Kushner said on Tuesday that he believes that there is a “100 percent” chance all 22 Arab states in the Middle East will normalize ties with Israel.

While speaking to UAE news agency WAM, Kushner also said that the administration was optimistic that another Muslim majority country will sign a peace treaty with Jerusalem in the coming months.

“Obviously anything can happen. In reality, many people envy the UAE’s decision,” Kushner added.

“We cannot solve the problems if we do not speak up. So normalizing [diplomatic] relations and allowing trade in the Middle East will only make the region stronger and more stable.”

When asked if he thought all 22 countries in the region would eventually recognize Israel, the President’s son-in-law replied: “100 percent.”

“I believe that it is logical for them to do it and I believe it is the right thing to do over time,” he said.

“I think thanks to the UAE leadership there will be a much bigger coalition. [There will be] what I call ‘a vocal majority’ that will be in favor of normalizing. I think the vocal minority who have been against it will be more and more isolated in the region,” he said.