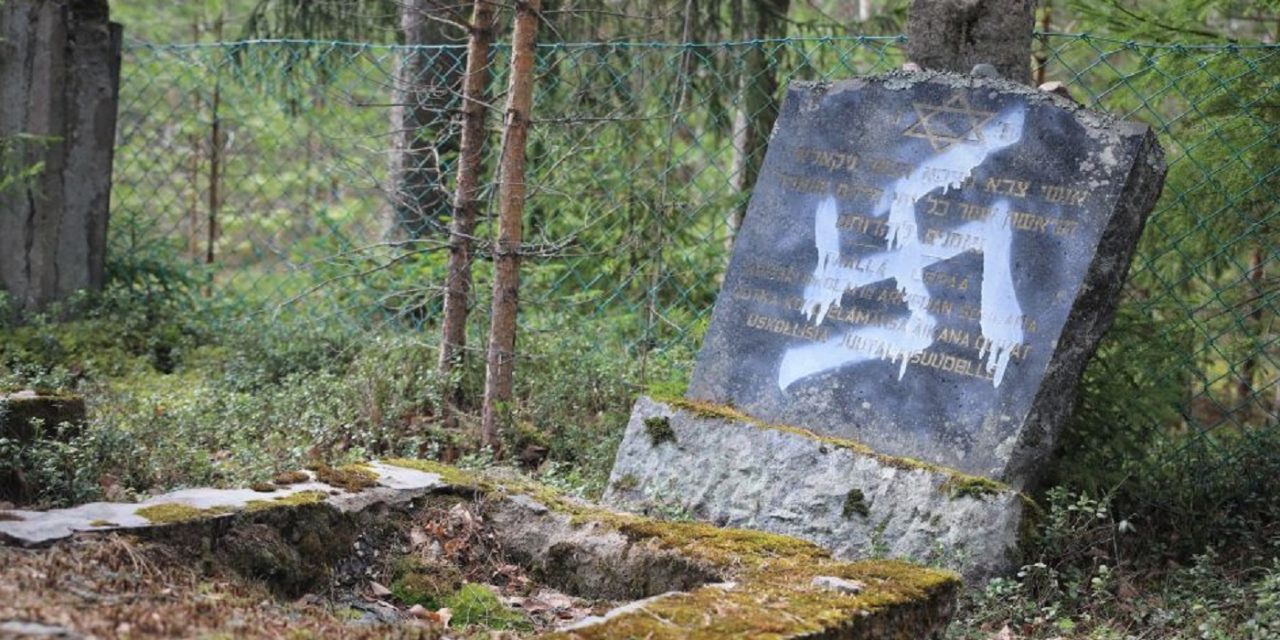 Gravestones in a Jewish cemetery in the town of Hamina, Finland have been desecrated by anti-Semites.

One of the tombstones was knocked down and  others have been painting with swastikas.

Hamina is located in the south of the country and near the Baltic Sea, a city about 150 miles east of Helsinki. The anti-Semitic incident occurred during last week.

These are tombs and tombstones from the beginning of the last century. Jewish soldiers who served in the Czar’s army before Finland gained independence in 1917 – were buried in the cemetery.

A community official told Israel Today that “in Finland as elsewhere, there has been an increase in anti-Semitic phenomena in recent months that attributes the spread of the Corona epidemic to Jews. This is also evident in the networking and distribution of the stickers across Helsinki by the Nordic Resistance Movement (Neo Organization) – Nazi)”.