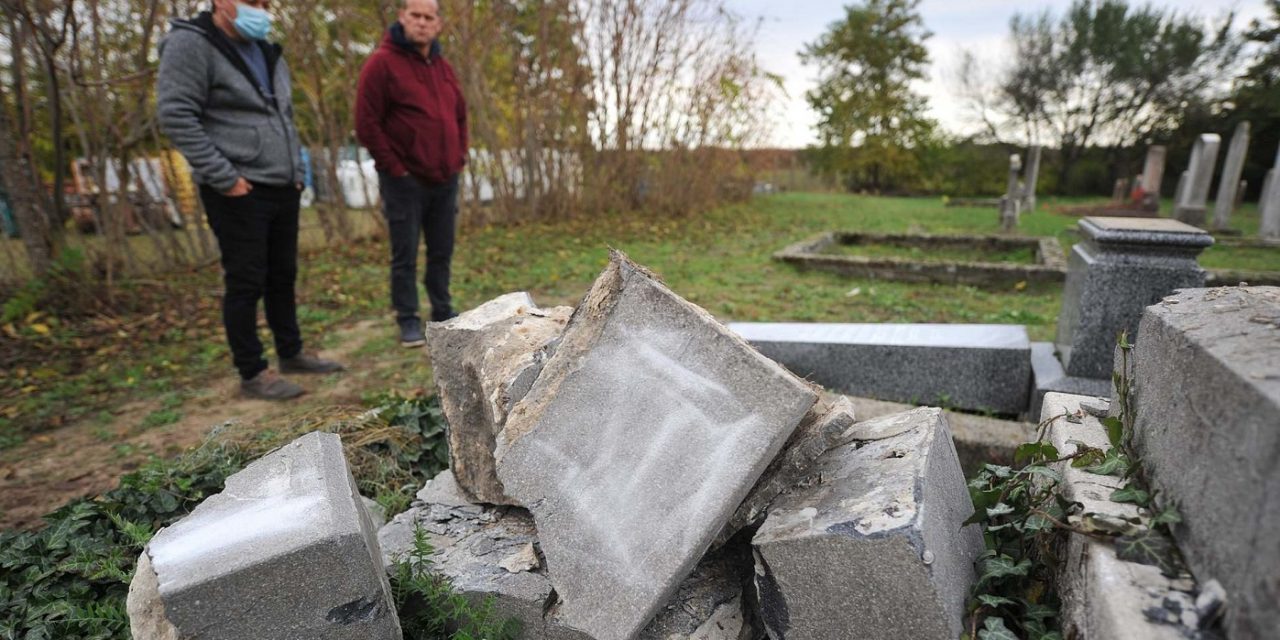 Headstones were smashed and graves defaced at Jewish cemeteries in Hungary and Moldova.

At least five headstones were destroyed at a cemetery in the Moldovan capital of Chisinau on Saturday, the Jewish Community of Moldova said in a statement. Swastikas, a pentagram and the number 666 were spray painted on other headstones.

The same cemetery has been targeted for vandalism for three years straight, the statement said.

In a separate incident in Kecel, south of Budapest, three tombstones were smashed and human faeces were found on a nearby headstone on Sunday, the Mazsihisz umbrella group of Hungarian Jewish communities reported on its website. Police are investigating the incident, Mazsihisz said.