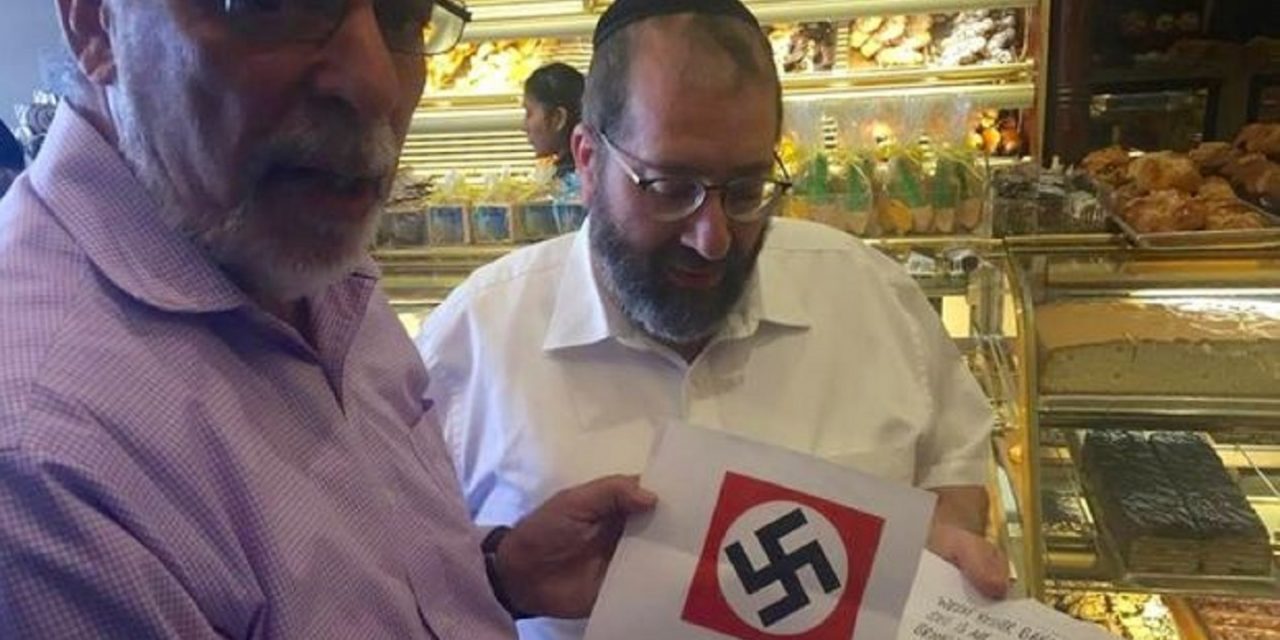 New York police are looking into who sent letters filled with swastikas and antisemitic messages to the Israeli consulate and least seven businesses in Borough Park, Sheepshead Bay and Harlem.

The letters, which begin with the slogan “Make America Great Again” written underneath a large red, white and black swastika, were sent to the Israeli consulate in Manhattan, as well as the Harlem Business Alliance, a Harlem Starbucks and several Jewish-owned businesses in Brooklyn, according to police.

It isn’t at this time clear who was responsible for sending the letters.

The letter targeted Jews as well as black and gay people in four lines of text ending with the phrase “Christian identity is back.”

In total, eight locations received the letter between Sept. 29 and Oct. 2, the NYPD said Wednesday. In Manhattan, recipients included the Israeli consulate on Second Avenue and three Harlem locations: a jewellery store on East 116th Street, Starbucks on West 145th Street and the Harlem Business Alliance on Lenox Avenue.