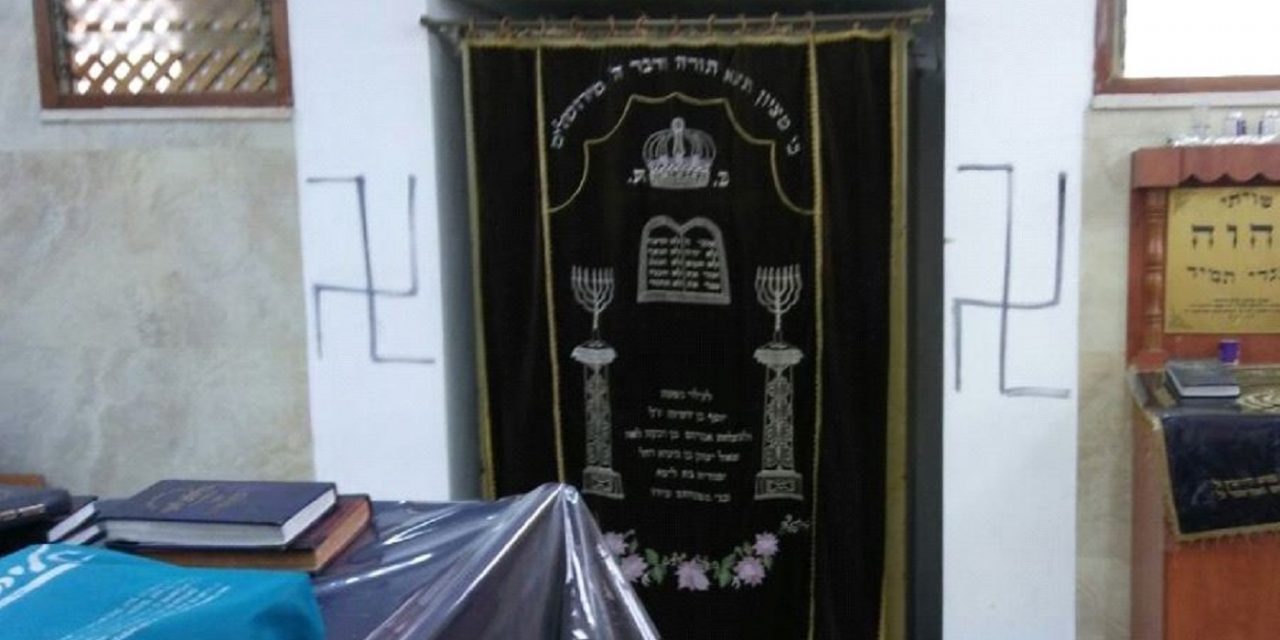 (JPost) A Jerusalem synagogue situated in the central neighbourhood of Nachlaot was the target of a hate crime on Wednesday morning, local police reported.

Police were alerted to the scene, and upon arriving at the synagogue they discovered four swastikas spray-painted on the walls as well as three charred Torah books that the vandals had presumably tried to set ablaze.

Evidence was gathered at the scene and police have launched an investigation into the case in order to track down the perpetrators.

This is not the first time Israel has been struck by such a hate crime. Similar incidents also plagued major Israeli cities such as Petah Tikva, that was the target of an act of vandalism this April. During the Passover holiday, residents of the city spotted Nazi-affiliated emblems not far from one of the city’s biggest synagogue.