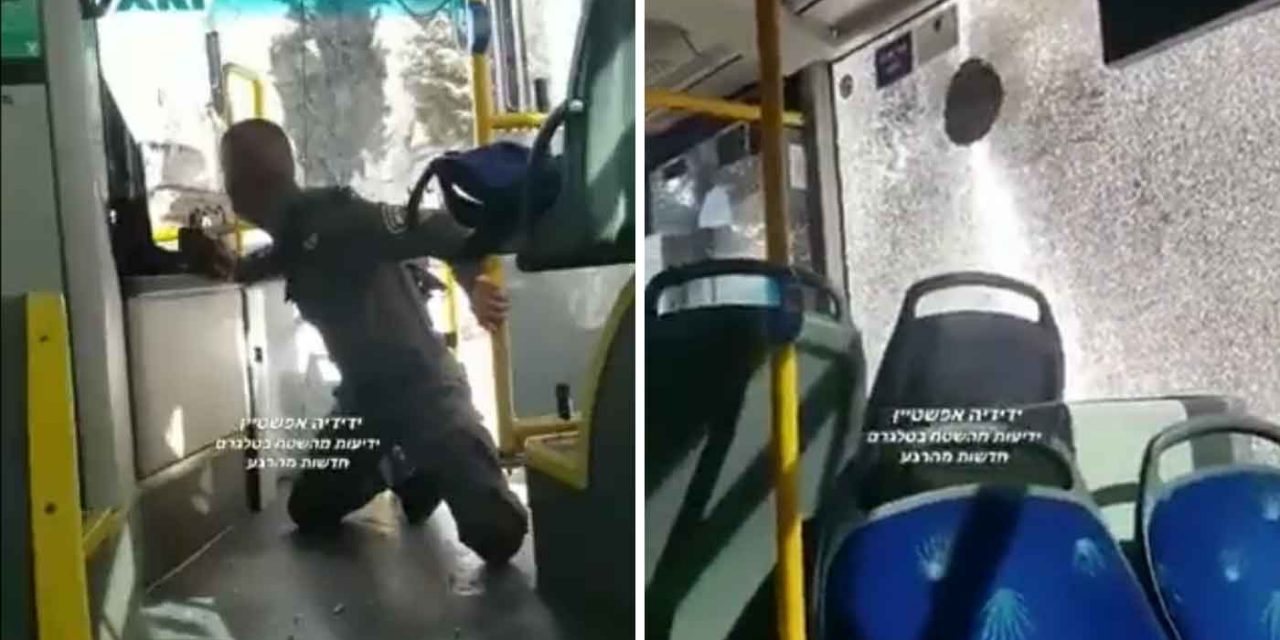 A Jerusalem bus had its windows smashed as frightened commuters hid for cover inside as it travelled through Jerusalem on Tuesday. The incident happened as Palestinians rioted at various points in Jerusalem amid Hamas incitement at the Temple Mount.

The bus was an Egged Transportation passenger bus that was travelling by the Damascus Gate in the Old City of Jerusalem.

Video footage filmed from inside the bus shows a police officer knelt down at the front next to the driver as Palestinian youths run around outside, shouting and pelting the bus with rocks.

One window was shattered with a hole in it where a rock at come through. Thankfully there were no injuries reported in the incident.

The incident was part of wider Palestinian riots which are being incited by the terror group Hamas and their supporters.

Police said that during the riots that broke out in the area, rioters threw stones at police forces – and at passing buses: “A police force acted to disperse the rioters using riot dispersal methods. Police and Border Police have so far arrested 11 suspects on suspicion of involvement in public rioting incidents and throwing stones at buses and acted to repel the rioters and maintain public order.”