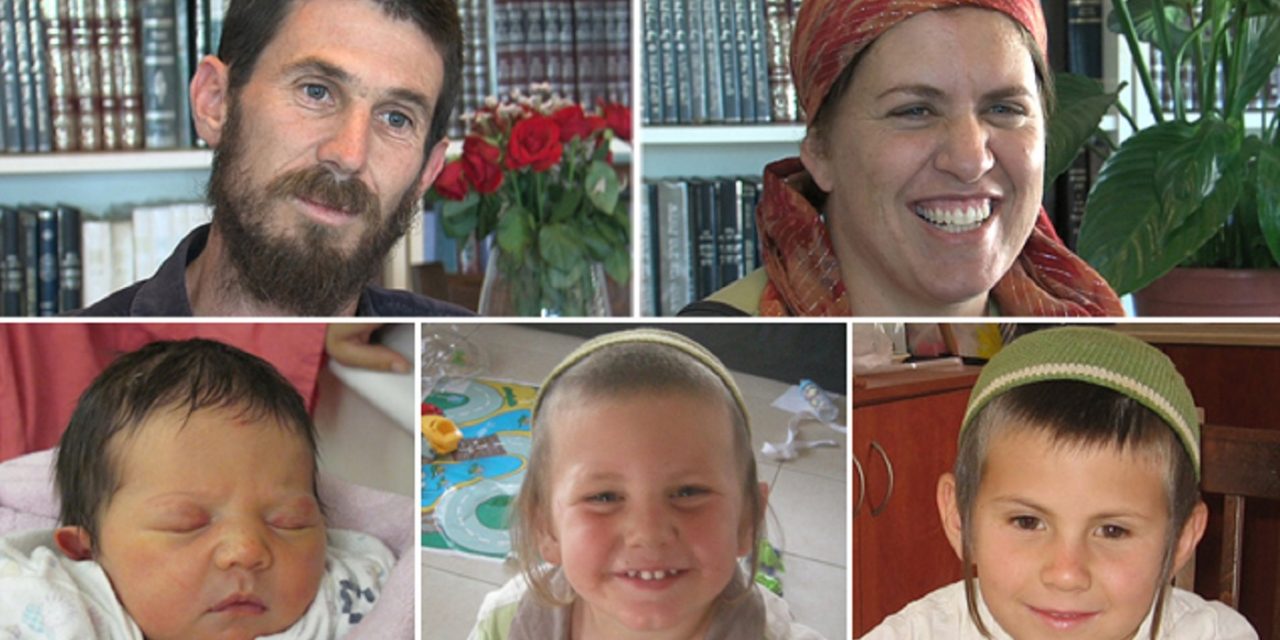 The two Palestinian terrorists who brutally murdered a Jewish family of five a decade ago will receive a 50% raise in funds paid to them by the Palestinian Authority.

On 11 March 2011 all five members of the Fogel family, Ehud Fogel, 36; his wife Ruth, 35; and their three children Yoav, 11; Elad, 4; and three-month-old Hadas were all fatally stabbed inside their Itamar home at night by teenage terrorists Hakim Awad (17) and Amjad Awad (19).

The murders were condemned worldwide, but disgustingly celebrated on Palestinian TV. Both convicted men have been serving life sentences in Israeli prisons since their conviction.

As part of its “Pay-for-Slay” terror reward policy, the PA has been paying the murderers of the Fogel family a monthly salary since the day they were arrested. As part of this policy, to date, the PA has already paid each one of the murderers 338,400 shekels ($101,847).

According to the 2004 PA Law of Prisoners and Released Prisoners and its implementing regulations, the salary the PA pays to all terrorist prisoners rises with time spent in prison.

PMW recently revealed  that n 2020, despite the Covid-19 crisis, the PA spent no less than 512 million shekels ($159 million) paying financial rewards to terrorist prisoners –including the Fogel murderers – and released prisoners. In addition, the PA also paid hundreds of millions of shekels in rewards to wounded terrorists and the families of dead terrorists.

In a shocking move by a church denomination in the 21st century, the US Presbyterian Church movement has succumb to pressure from antisemites and passed a series of hostile anti-Zionist...
Read More
Share
Tweet
Email
More
517 Shares