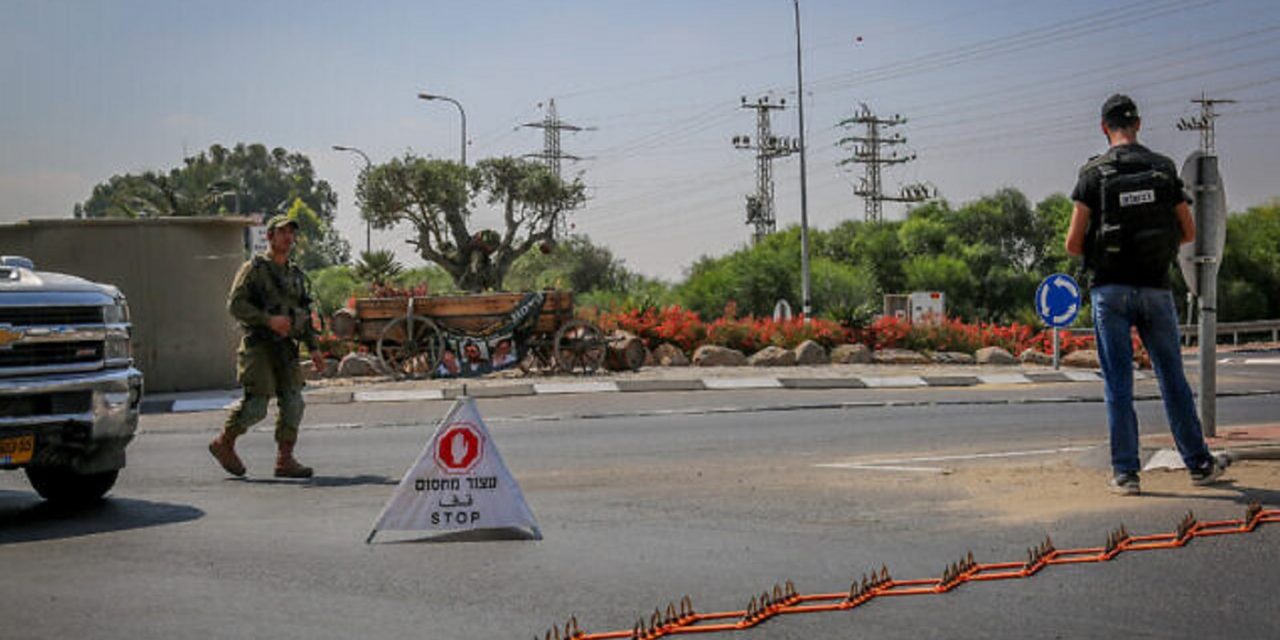 The Israeli military issued a high alert in the south of the country on Tuesday citing threats from the Gaza-based terror group, Palestinian Islamic Jihad over the arrest of its top operatives.

The IDF said that counterterrorism troops conducted a raid in Jenin on Monday night, during which Bassem Saadi, head of the Palestinian Islamic Jihad’s operations in the West Bank, was arrested, as was his son-in-law and top aide, Ashraf Zidan al-Jada.

The IDF said that following a security situation assessment held in the wake of the operation it was decided to take steps to ward off “a direct threat of a possible attack on Israeli civilian.”

After terrorist activities were identified with the Palestinian Islamic Jihad terrorist organization and due to a direct threat of a possible attack on Israeli civilians, it was decided to block off civilian areas & routes near the Gaza security fence this morning.

A statement by the Israel Security Agency said that the 61-year-old Saadi, who had been jailed and released by Israel seven times over the years, was “instrumental in creating a significant PIJ military force” in Samaria in general and in Jenin – the Palestinian Islamic Jihad’s stronghold in the West Bank.

IDF has called up 100 reservists to help secure communities next to Gaza. Roads along the border remain closed & train service has been halted. This comes as the military remains concerned over a possible attack by Palestinian Islamic Jihad after its West Bank leader was arrested

“His presence was a significant factor in the radicalization of the organization’s operations and members on the ground,” the Shin Bet said.

Hamas warned the arrest will provoke a security escalation and urged the Palestinians to “continue the resistance and intifada.”

As part of the measures deployed on the ground, the IDF cordoned off all major roads and areas adjacent to the Israel-Gaza border.