Israel’s leaders: ‘We have a moral responsibility to help Ukraine’ 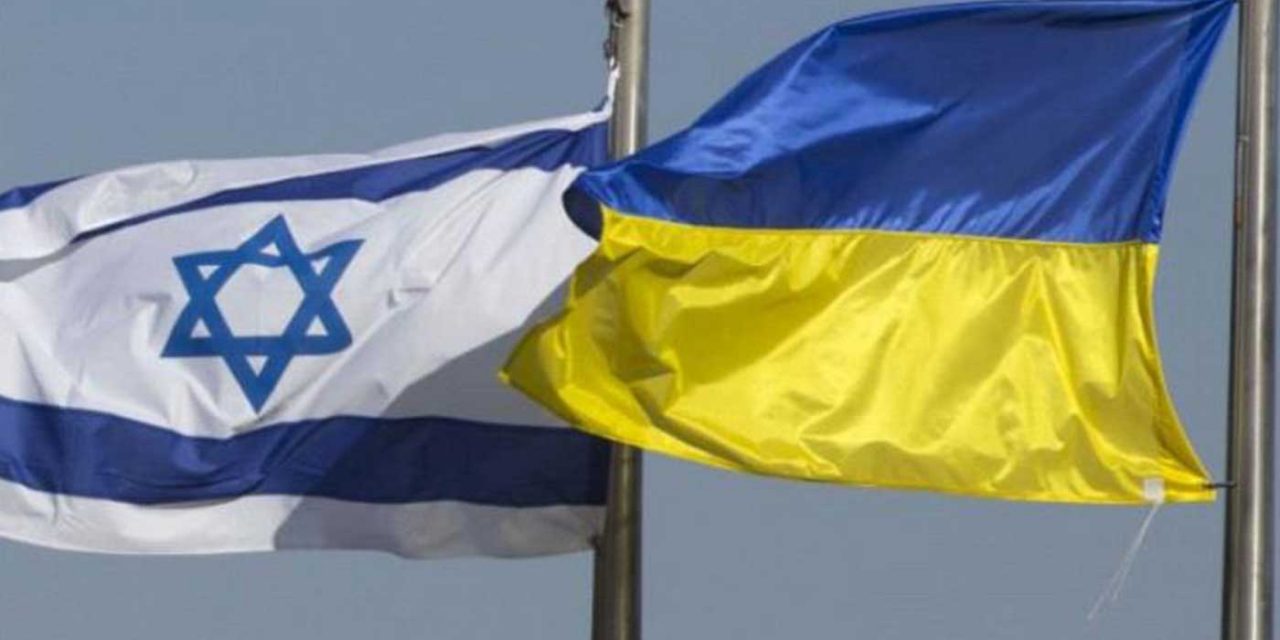 Israeli leaders have said they will stand on the “right side of history” on the conflict between Russia and Ukraine. Not only will Israel condemn Russia at the United Nations, but they will also co-sponsor the resolution, putting their full weight behind it. Additionally, more than 100 tons of humanitarian equipment is being flown into Ukraine from Israel over the next two days.

“Learn to do good;
Seek justice,
Rebuke the oppressor,
Obtain justice for the orphan,
Plead for the widow’s case.”

We mentioned last week that Israel is in a precarious situation with Russia. This is largely due to Russia’s presence in Syria and the delicate arrangement that allows the Israeli military to fly over Syria unhindered by Russia. Because of this, Israel was careful in its wording when speaking about the Ukraine conflict.

That tune changed on Monday when Israel’s Foreign Miniter Yair Lapid spoke of his country’s “obligation” to act.

Israel will condemn Russia at the UN

“Today is the fifth day of the war in Ukraine,” Lapid said Monday afternoon. “The UN will vote today or tomorrow on a resolution condemning the Russian invasion of Ukraine. Israel will co-sponsor and vote in favour of the resolution, together with a decisive majority of the world’s countries.”

Lapid added: “Israel has been and will be on the right side of history. Those are our values.”

Israel will send aid to Ukraine

Israel’s Prime Minister Naftali Bennett pledged to send 100 tons of humanitarian aid and equipment to Ukraine over the next few days.

“In the next two days a plane will arrive in Ukraine with 100 tons of Israeli humanitarian equipment for civilians in the combat zones and those who are trying to leave,” the Prime Minister said on Sunday.

“It will have water purification kits, medical equipment as well as drugs, tents, blankets, sleeping bags and additional equipment for civilians who are not in their homes in the cold winter weather,” he said.

The aid would primarily be going to help Ukranians in need, but he also realised the need for his country to assist Israelis who are trying to flee the country. Bennett said his government was “working around the clock to assist the Israelis who are at the border and want to leave there and come home.”

In addition to condemnation of Russia and aid to Ukraine, there is also talk that Israel could join other countries imposing sanctions on Moscow.

“Israel is thoroughly examining the potential impact of sanctions on Russia. We established an inter-ministry team that will examine the effects and consequences of the sanctions on the Israeli economy and policy.”

Why Israel must be mindful of Russia

There is a reason Israel must be careful when dealing with Russia. The security of the Jewish state relies heavily on stopping Iranian proxies from gaining a foothold in Syria, located on Israel’s northern border.

Russia is the largest military force in Syria, working alongside the Syrian regime, and it is through a cooperation agreement between Russia and Israel that the Israel Defense Forces (IDF) can carry out airstrikes against terror groups in the country unhindered by Russia’s advanced anti-aircraft systems.

Lapid explained that because of this, “Israel effectively has a security border with Russia… our cooperation mechanism with them assists in our determined battle against Iranian entrenchment on our northern border.”

Let’s continue to pray for Israel’s leaders who are determined to stand on the right side of history and assist Ukraine from this Russian aggression. Israel also has a strong obligation to defend its own borders and keep Jews safe both in Israel but also in Ukraine and Russia. Wisdom is needed that navigate the correct course.