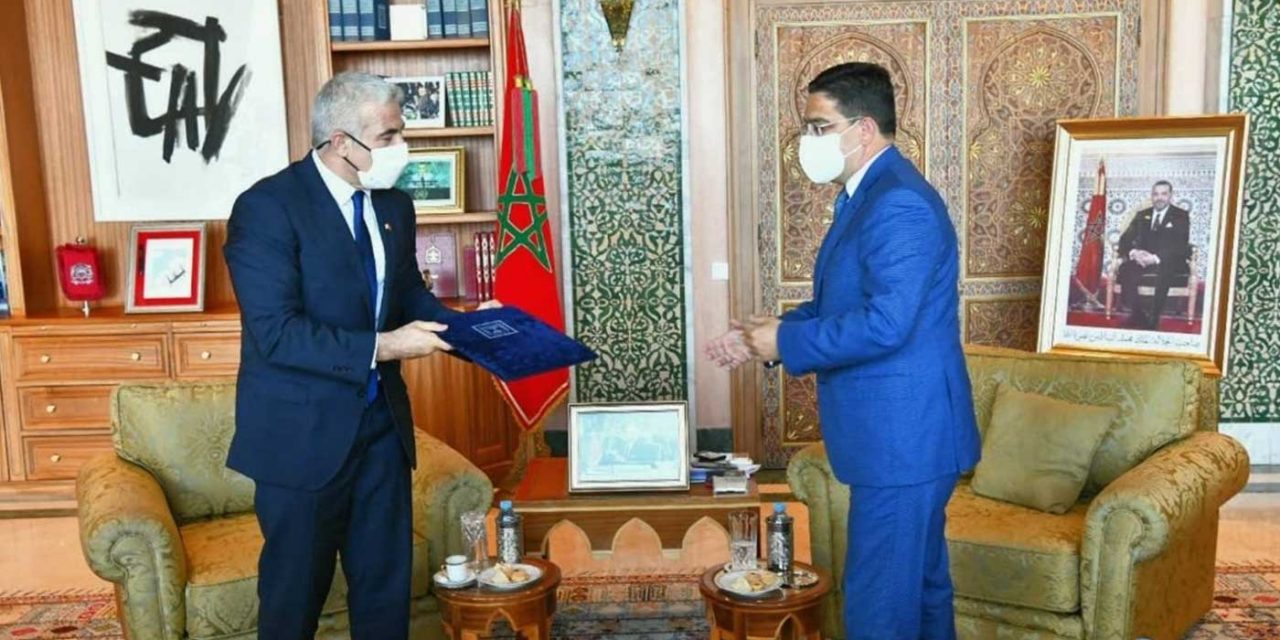 Israel and Morocco are reviving a centuries-old friendship between the Jewish people and the people of Morocco by restoring diplomatic relations, Foreign Minister Yair Lapid said on Wednesday, on the first visit to Rabat by an Israeli minister since the Abraham Accords.

“This ancient peace and friendship is being restored by people who rethink and redefine historic disputes,” Lapid said, thanking Moroccan King Mohammed VI for his “vision and courage.”

Lapid quoted Maimonides, who lived in the Moroccan city of Fez, as saying in his Eight Chapters: “Every state can be changed from good to evil and from evil to good if he – the person – decides so. Reality is not set. Reality is a choice we make. For too many years, we let others choose the path of war. Today, we take destiny into our own hands and choose the way of peace. Today, we choose the path set out by Maimonides.”

Lapid made the remarks in a meeting with Moroccan Foreign Minister Nasser Bourita. The two later signed agreements meant to advance relations between their countries.

After being met at the airport by Minister-Delegate to the Foreign Ministry Mohcine Jazouli upon landing in Rabat for the two-day visit, Lapid went to the mausoleum for Morocco’s kings and wrote in the guest book:

“I feel honored and privileged to thank the Kings of Morocco Muhammad V and Hassan II, may God preserve their memory, for their friendship and support for Moroccan Jews throughout history and the contribution of the kingdom of Morocco to peace and stability to the region.

“Our deep gratitude also goes to [current] King Muhammad VI, may God protect him, who continues the legacy of his grandfather and father in deepening the bond between the two peoples and building peace relations between the two countries.”