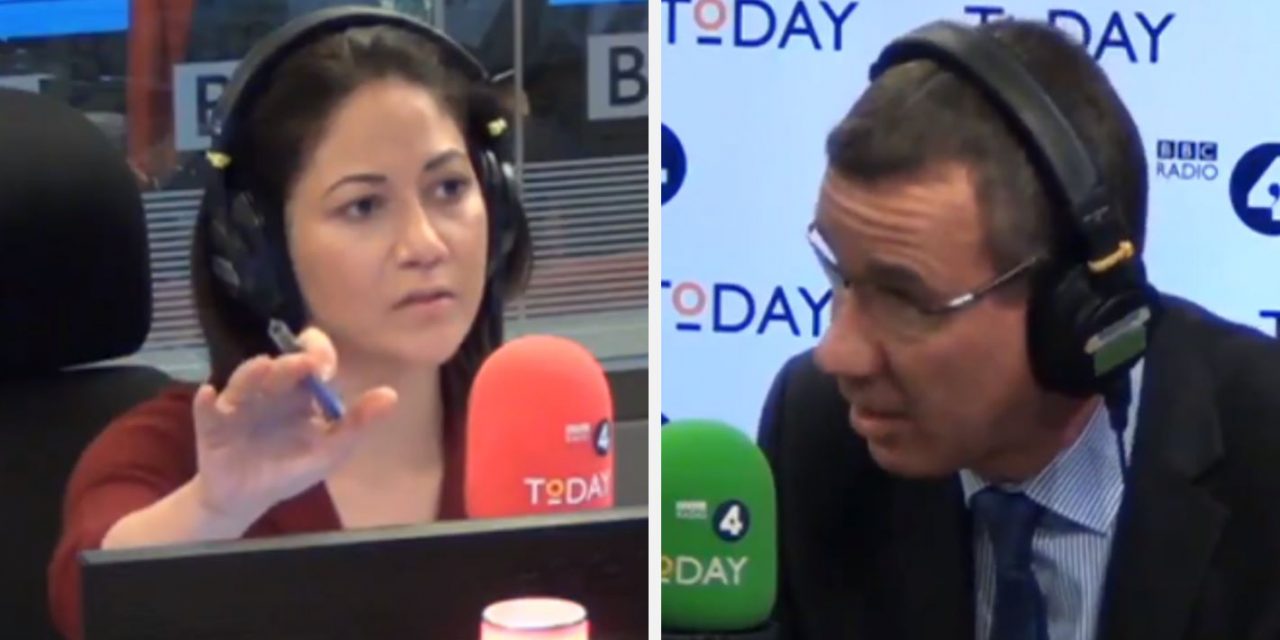 Following a one-sided and misleading report by the BBC on Friday, Israel’s Ambassador to the UK, Mark Regev, has defended Israel’s actions at the Gaza border, telling listeners: “If we can’t defend that border, what border would you have us defend?”

The interview came after a report on BBC Radio 4’s programme about the issue of medical care in the strip.

Yesterday between 16,292 tons of goods in 500 trucks entered Gaza through Kerem Shalom Crossing.  There were 3 ambulance crossings through Erez Crossing and‍ 147 Palestinians entered Israel from Gaza for humanitarian purposes, according to COGAT, Israel’s “Coordination of Government Activities in the Territories”

”If #Hamas took a fraction of what they put into their holy war against Israel & invested in schools & hospitals, it would be a totally different situation.”#r4today pic.twitter.com/r9gQeOrc8L

Presenter Mishal Husain asked if he had any “qualms about the policies Israel is pursuing” at the border with the strip.

Mr Regev said: “Everyone who knows anything knows it is a war zone. So why are you bussing women and children into a combat zone?”

“I’d ask you the following question: In Gaza we pulled out, we redeployed behind the 1967 line, which is, from the international community’s point, the recognised border.

“If we can’t defend that border, what border would you have us defend?”

Earlier in the interview, he said: “I don’t want to see any innocent person caught up in the crossfire between us and Hamas.”

He called the border fence a “combat situation” where “hundreds if not thousands of people, brought in by Hamas, paid for Hamas, are storming the border fence, trying to break it down”

When Ms Husain asked if Israeli forces should arrest people, he said: “We do arrest people when we can. But I think if you look at the film from those violent riots… It’s clearly orchestrated by Hamas. The goal, as articualted by Hamas, is to break in and kill our people.”