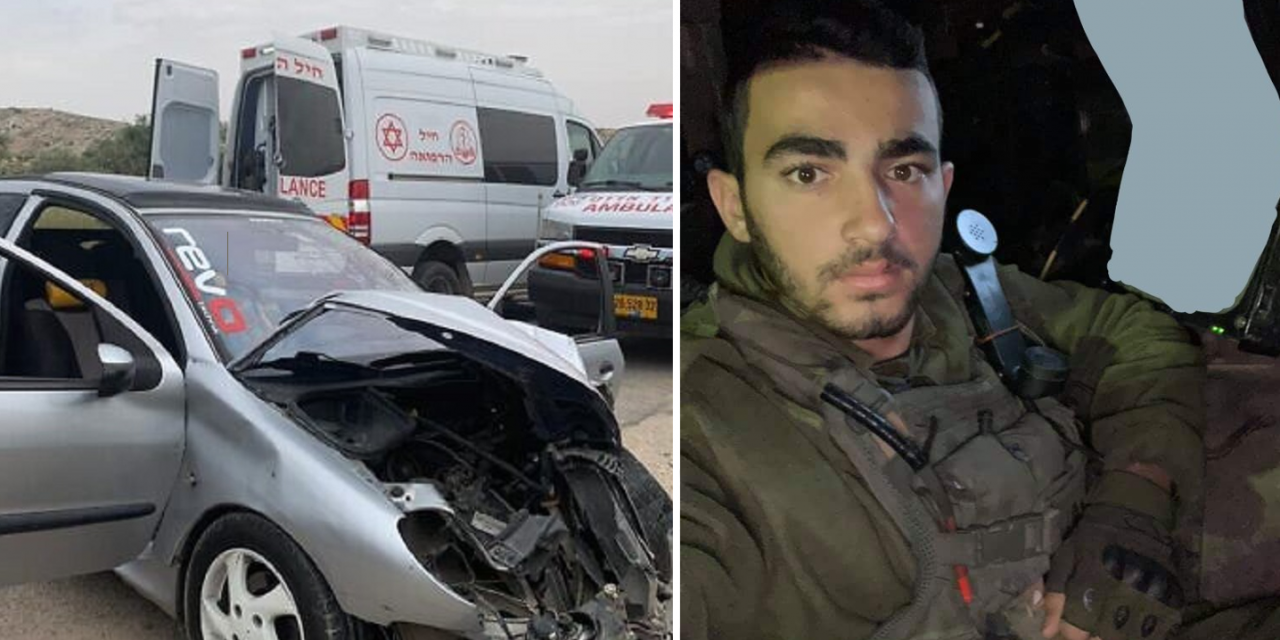 Shadi Ibrahim, the IDF soldier badly wounded in a Palestinian car-ramming terror attack on Thursday, has had his leg amputated.
According to the family of the 20-year-old from Sajur, doctors say he is now stable although still in serious condition, reports YNet.
The Palestinian terrorist was shot dead by another soldier at the scene, the IDF said.
Family members of Ibrahim, from the town of Sajur, said he is now stable but still in serious condition.

His uncle, Assad Ibrahim, said of his nephew that he is a “very dominant guy, loved guy, loves to live, a guy ready to help everyone. He wanted to be a combat [soldier].

“It’s a very difficult situation, not only to the family, for all who seek peace in our land,” the uncle added, speaking to Ynet.

“We hope Shadi comes out of it as quickly as possible despite the condition he is in, as long as he stays alive, that’s what interests us. We wish all IDF soldiers to return home safe to their parents,” he concluded.

A Palestinian drove at high speed toward IDF soldiers and hit one of the soldiers, who has since been evacuated to a hospital.

Another soldier at the scene of the car-ramming attack responded by firing toward the terrorist.

The assailant was neutralized. pic.twitter.com/yS7lwT6lix

The attack occurred along a highway near the Negohot settlement in the southern Hebron Hills.

According to the Israel Defense Forces, the driver accelerated as he drove his car toward a group of soldiers who were standing next to a military post outside Negohot.

The driver, whose name was not immediately released, struck one of the soldiers before another serviceman opened fire at the car and killed him, an army spokesperson said.

“When we arrived at the scene, we joined up with an IDF medical team that was giving medical treatment to the young man who was injured by the car. We quickly put him in our intensive care ambulance and took him to the hospital fully conscious and in stable condition,” an MDA medic said.