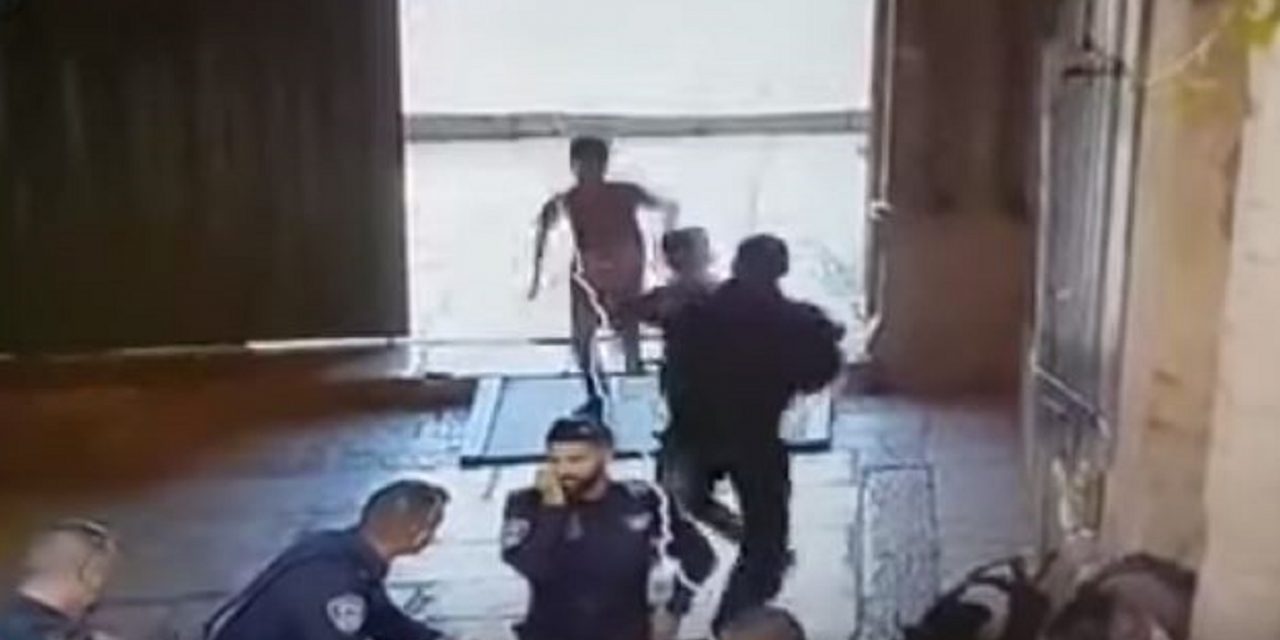 Two Arab teenagers stabbed a police officer, moderately injuring him, in a terror attack at the Shalshelet Gate (Chain Gate) of the Temple Mount  in Jerusalem’s Old City on Thursday.

The assailants were shot by security forces at the scene. One of them was pronounced dead at the scene, the second was critically wounded and taken to the hospital, a police spokesperson said.

Graphic video footage from the scene showed the two teenagers walk up from behind a group of police officers stationed in the Old City. As they approached, they suddenly pulled out knives and began repeatedly stabbing one of the police officers. Other officers at the scene opened fire at the pair as they were stabbing the victim.

WARNING, VIDEO MAY BE DISTURBING TO SOME.
Full video of the attempted stabbing attack today in the Old City by Al Wad street.
#Jerusalem #OldCity #JerusalemStabbing
[Knish] pic.twitter.com/9ALtPYjuzF

This terror attack comes on the heels of major protests on the Temple Mount on Sunday. When that happened, the Waqf ordered mosques in East Jerusalem to close their doors and flood the Temple Mount.

Thousands of Muslims rushed the Temple Mount in an effort to prevent Jewish pilgrims from entering the site. Sunday was also the Jewish holiday of the 9th of Av whereby Jews commemorate the destruction of both the first and second Temples.

Sunday was also the Muslim holiday of Eid Al Ahda (ffestival of the sacrifice).

Although the police finally allowed Jews to ascend the mount following reports that they wouldn’t, a record 1,729 Jews toured the site.

However Jews were not permitted to enter the mount from Monday to Wednesday.

On Tuesday it was rumored that freshmen congresswomen Ilhan Omar and Rashida Tlaib (both Democrats) would visit the Temple Mount with Palestinian Authority officials before Israel barred their entrance into the country.