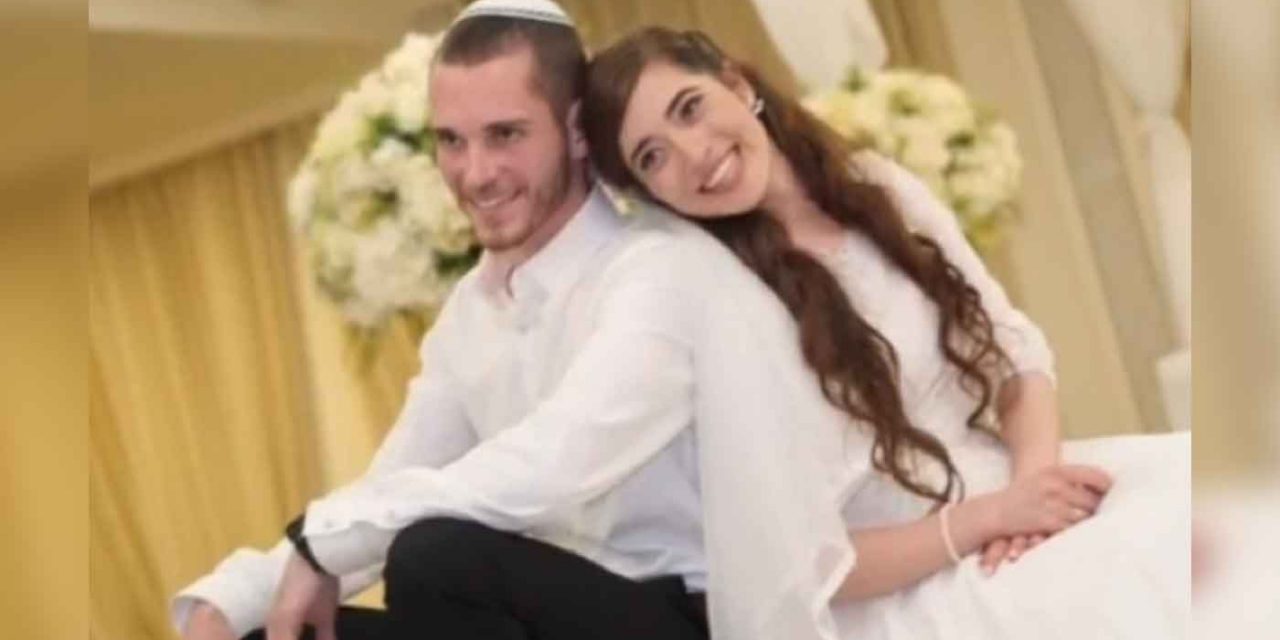 UPDATE: Sadly, the baby boy, named Amiad Yisrael, died three days after he was born. He was laid to rest at the Mount of Olives on Thursday. You can read more here.

Shira Ish-Ran, the mother, is recovering in hospital and has vowed, “I will prove to them, I will show them. I will bring many more babies into this world. Am Yisrael Chai.”

On Sunday evening a pregnant Israeli woman was shot by Palestinian terrorists along with four other civilians. Now her parents have spoken about her condition.

The condition of a pregnant woman, Shira, who was critically injured in a terror attack outside Ofra, in the so-called West Bank, on Sunday is steadily improving, the hospital where she is being treated said Tuesday morning.

The hospital also said the condition of her infant son, who was delivered by emergency C-section late Sunday night after the attack, continued to deteriorate.

“We were able to go into intensive care. She opened her eyes and asked for Mom, so we rushed in,” Haim Silverstein, father of Shira Ish-Ran, told reporters Monday afternoon. “She got teary-eyed when she saw us. She got so emotional that we had to leave, because her pulse went up too much.”

Silverstein added, “There’s nothing like seeing your daughter open her eyes and communicate with her eyes, because her mouth was full of tubes.” He said doctors had brought her out of sedation to check on her status, but put her under again afterwards for her safety.”

Shira Ish-Ran’s mother, Liora, said, “I saw that she wanted to hold our hand so I gave her my hand and she held it. I saw her looking at her dad and he also gave his hand. And then I saw tears streaming down her cheeks. I saw that she was trying to speak, but she couldn’t because of the tubes connected to her. So I sang to her and we told her that all the people of Israel were praying for her. She’s a miracle, and she has the most wonderful medical team looking after her.”

Even though Shira was conscious for a time, her mother explained, “doctors say that whatever we tell her now, she won’t remember, so there’s no point telling her that her baby has been delivered.”

“But we needs lots of prayers, the baby is in critical condition,” she said. “We are surrounded by lots of love and support, and I just want to take the opportunity to thank the people of Israel.”

The attack took place on Sunday evening just outside Ofra in the so-called West Bank. A Palestinian car with two occupants drove past a bus stop and opened fire on people waiting there before driving off. The six victims were all civilians.

“Shots were fired at Israeli civilians standing at a bus station from a passing Palestinian vehicle,” the IDF Spokesperson said in a statement late Sunday night.

“IDF troops nearby responded by firing towards the vehicle, which fled. IDF troops are currently searching the area.”

The injured woman’s husband was also injured in the attack. He underwent surgery and is in a stable condition. Another man in his early twenties was hospitalized with moderate injuries, and two 16-year-old girls with light injuries were taken to Hadassah Hospital Ein Kerem in the capital.

The IDF, border police and security services on Tuesday continued the manhunt for the terrorists in the so-called West Bank. Hamas has praised the attack as “heroic”.