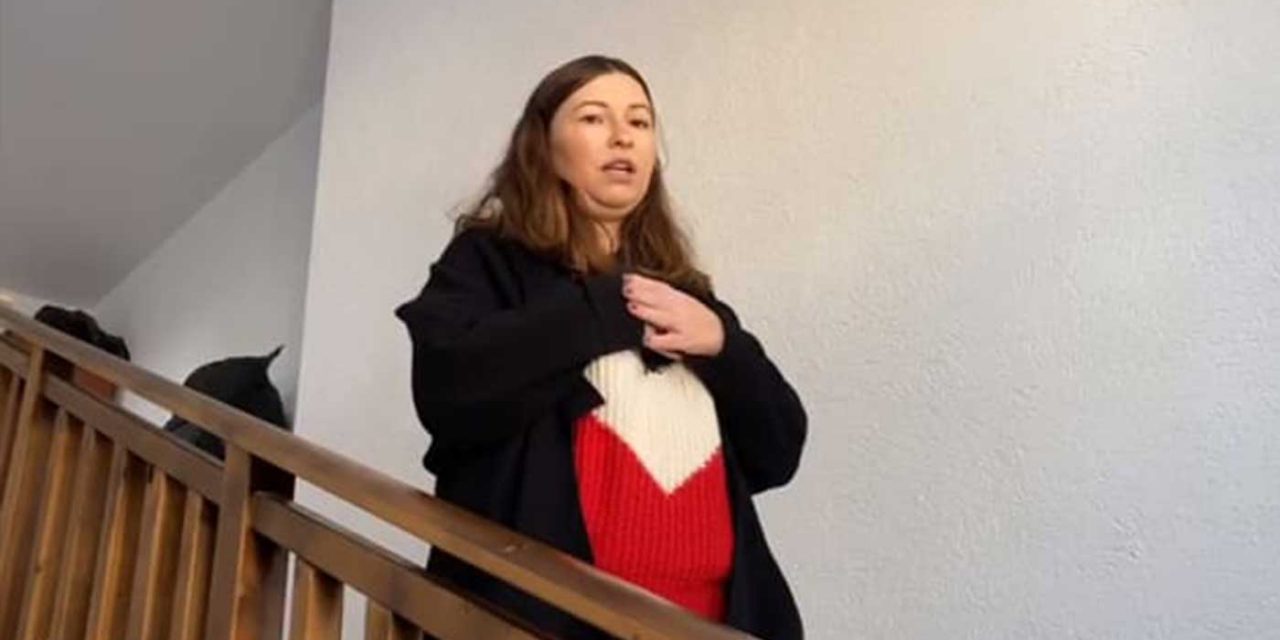 An Israeli mother has recounted the story of how her baby was injured when they fell down the stairs whilst rushing to a bomb shelter last week as Palestinian rockets were fired at Sderot.

Vera Diglov described how after hearing an air raid siren, she slipped on her way to a protected room while holding her three-month-old daughter, and attempted to shield the baby from the impact as they fell. Despite Vera’s best efforts, the baby was hospitalised with moderate head injuries after the incident.

“We have three kids and I didn’t know who to take first,” Diglov recounted. “I grabbed the baby … and we ran down the stairs. I slipped with the girl in my hands; we both fell on our heads.”

“I realised within seconds that I was going to fall forward with the girl,” she said, “and I turned around on my back.”

Diglov’s head injury was superficial, but her daughter was injured much more severely.

“At that moment, I didn’t realize that she had been injured, because I got hit myself and I was dizzy and groggy — even though the girl was crying,” Diglov said.

“We ran to the protected room and I put her in the stroller for a moment because I felt I couldn’t hold her,” she continued. “Then I realized that she had been hit and was crying, and I told my husband to call an ambulance.”

Mother and daughter were both evacuated to Soroka Hospital in the southern city of Beersheba, and the child’s condition is said to be improving.

“There is a newborn baby here, and she is already suffering from this trauma that will accompany her for life,” Diglov said.

Hamas and other Palestinian terrorist groups have launched thousands of rockets at Israeli civilians from Gaza over the years with a spike in attacks in recent weeks.

Israel is well equipped to handle these bombardments, with missile defence systems that shoot rockets out of the air and thousands of bomb shelters built to protect its citizens. However, this story demonstrates that even though there is a secure room within the building, the risks for Israelis is still high. There are numerous reports of people falling and breaking bones as they rush for shelter, or even worse.

It is hard to explain the situation and the terror that people feel as they hear the sirens going off. The video below helps to paint a better picture of this with Israeli mothers speaking of their experience and how their children react.