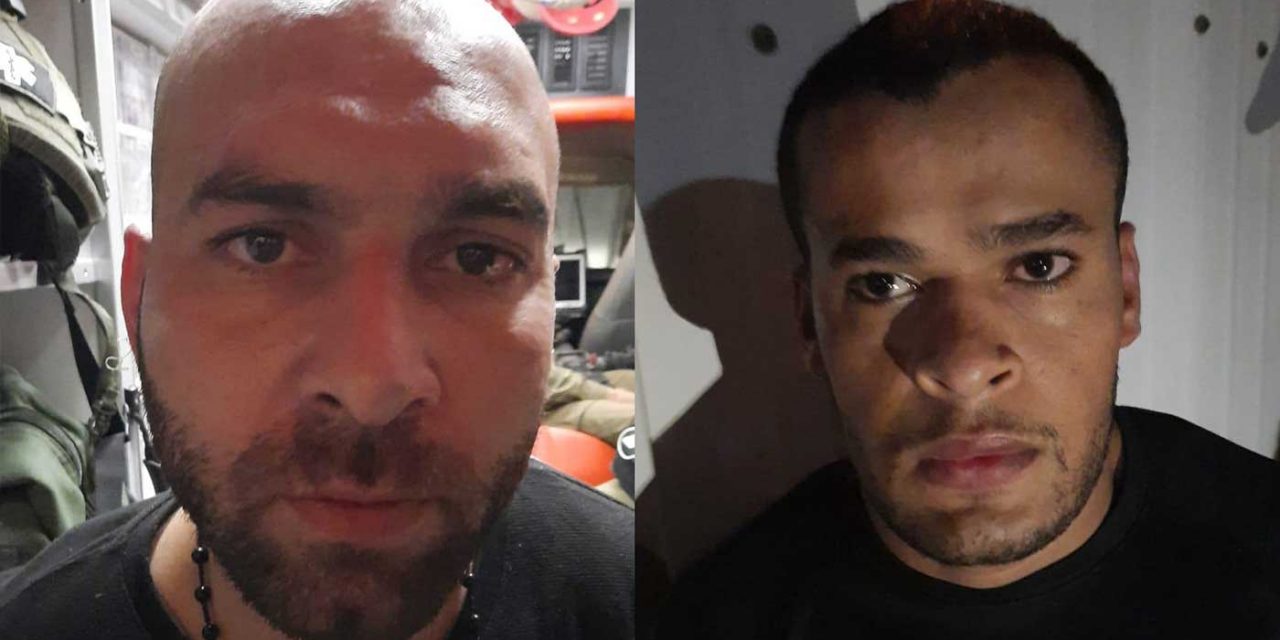 The two fugitives, Iham Kamamji and Munadil Nafiyat, were arrested in the West Bank town of Jenin in the early hours of Sunday morning, a week after the four other escapees were recaptured. These arrests bring a close to the 13-day manhunt.

Kamamji and Nafiyat are both members of the Islamic Jihad terror group.

Kamanji was imprisoned for two life sentences for the kidnapping and murder of 18-year-old Israeli student Eliahu Asheri in 2006. Asheri was executed by Kamanji and two others after Israel failed to give in to their demands.

“The two terrorists were caught alive and were handed over for interrogation by the security forces,” the military said. They were captured following a joint operation by the IDF, Shin Bet security service, and the Yamam counter-terrorism police unit.

“As forces were leaving the city, riots broke out in a number of locations, during which rioters threw stones and explosives at the troops and gunmen opened fire in the area,” the military said.

Palestinian terror groups, including Islamic Jihad, threatened violent action to prevent their capture, but these threats never came to fruition.

“The Yamam, Shin Bet and the Haruv Reconnaissance Unit entered the city of Jenin, sealed off and surrounded the house, including gunfire around the building in which the fugitive terrorists were hiding. They came out unarmed and without resistance,” the IDF said.

In an apparent effort to avoid a major, direct confrontation with Palestinian terrorists in the city, Israeli forces initially drew attention away from the home where Kamamji and Nafiyat were hiding by dispatching large numbers of troops to a different part of the city as a distraction and only then sending a smaller team to the actual location, the Times of Israel reported.

“The two terrorists surrendered and came out without opening fire. The arrest was conducted smoothly,” said Lt. Col. Alon Hanoni, deputy commander of the IDF’s Menashe Regional Command, which is responsible for the Jenin area.

Fouad Kamamji, Iham’s father, told The Associated Press that his son had called him when the Israeli troops surrounded the house and said he would surrender “in order not to endanger the house owners.”

Two alleged accomplices, reportedly Jenin residents, were also arrested in the raid. The Shin Bet security service said it was questioning both the fugitives and the accomplices.

Many Palestinians regard the fugitives as “heroes”, with praise for the six escapees coming from almost all Palestinian factions, including Hamas, Palestinian Islamic Jihad (PIJ) and Fatah, the political party of Mahmoud Abbas, which is the ruling party of the Palestinian Authority.

The escape has emboldened some Palestinian extremists, with a series of stabbing terror attacks being carried out by individual Palestinians against Israelis in recent days.