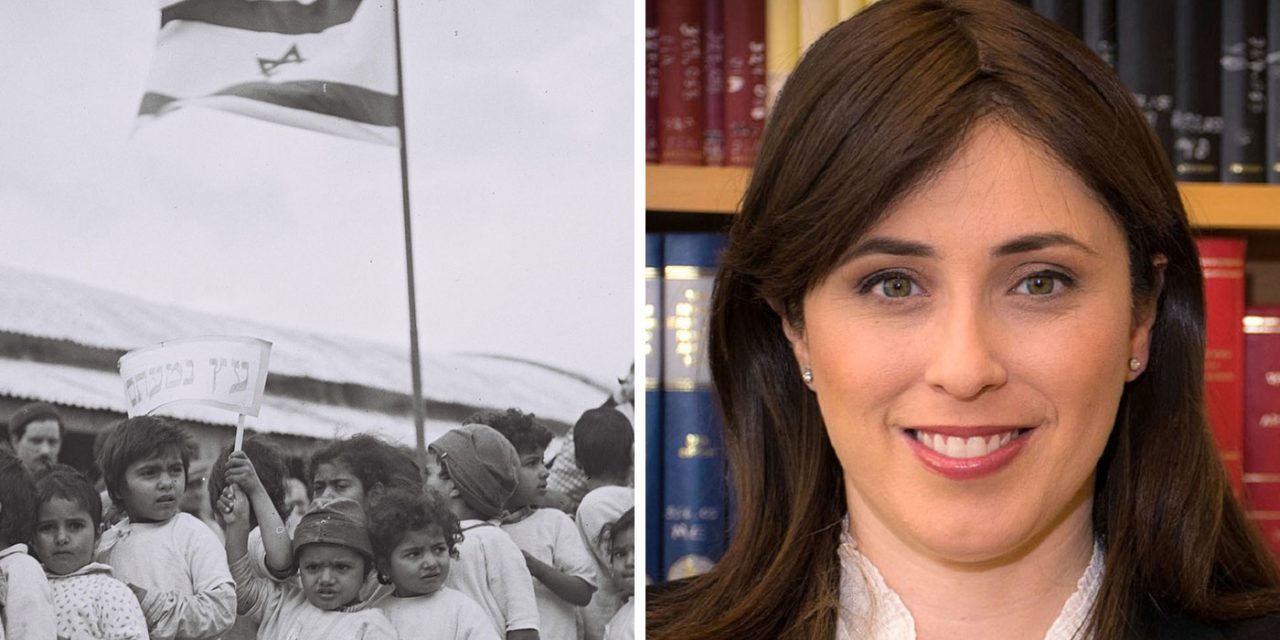 Israel’s Ambassador to the UK challenged the lies and misinformation spread by the Nakba Day movement and called for more recognition of the plight of Jews who were persecuted and expelled from Arab lands.

At the time Israel was reborn as a nation, many Arabs left Israeli territories at the behest of Arab leaders. The message was that the Arab armies would wipe out the Jewish people and then the Arabs, many of whom were immigrants to Israel themselves, would then return after Israel had been destroyed.

That plan, however, was rudely interrupted by the Jewish people who, instead of being wiped out, stood their ground and defended their homeland. Israel defeated the invading Arab armies and established their homeland in Israel as they had every legal right to do. Any Arab living in Israel was given equal rights and Israeli citizenship, showing that the Jewish people were willing to live in peace with all.

In contrast, when Israel was reborn as a nation, Jews in Arab nations began to feel pressure and hostility against them from their Arab and Persian neighbours. Eventually, this persecution led to expulsion, including loss of citizenship and dispossession of land, businesses and property. Some Jews were killed, many were abused and forced to leave with just a single suitcase of possessions.

During this time, more than 850,000 Jews were forced from their homes throughout the Middle East, from Morocco all the way to Iran. These ancient Jewish communities predated the birth of Islam. Most of these communities no longer exist today.

Thankfully, Israel’s new Ambassador to the UK has spoken out and challenged the lies of Nakba and shined a light on the tragedy of Jewish refugees that the world has ignored.

“Here in this country (UK), the perception about Israel is: ‘Some European colonialists came to the Middle East and found shelter for the Jewish people’.

“That is not historically right.”

She added: “It’s important to remember Jews were always part of the Middle East and we are natives like our Arab neighbours. We are not colonialists who came from Europe.”

She also condemned the ‘Nakba Day’ movement – a so-called ‘disaster’ day designated by Palestinians after the state of Israel was founded in 1948.

She said: “They choose to deny the right of the Jewish State to exist… as if they were exiled from Israel. They don’t tell the whole story”.

Ambassador Hotovely said the persecution of Jews from the Middle East was a key part of the current political narrative.

She said: “All too often their plight has been forgotten outside Israel…

“Jews born in Arab states came to rebuild their future in Israel… it’s so important we remember it.”

She added: “Many are not aware of the fact that almost a million [Arab Jews] had to leave [their homes]. Israel accepted them – they are an integral part of the Israeli story.”

“I really hope that every Jew in this community, in general, people around the world will know this important chapter in history,” she added.