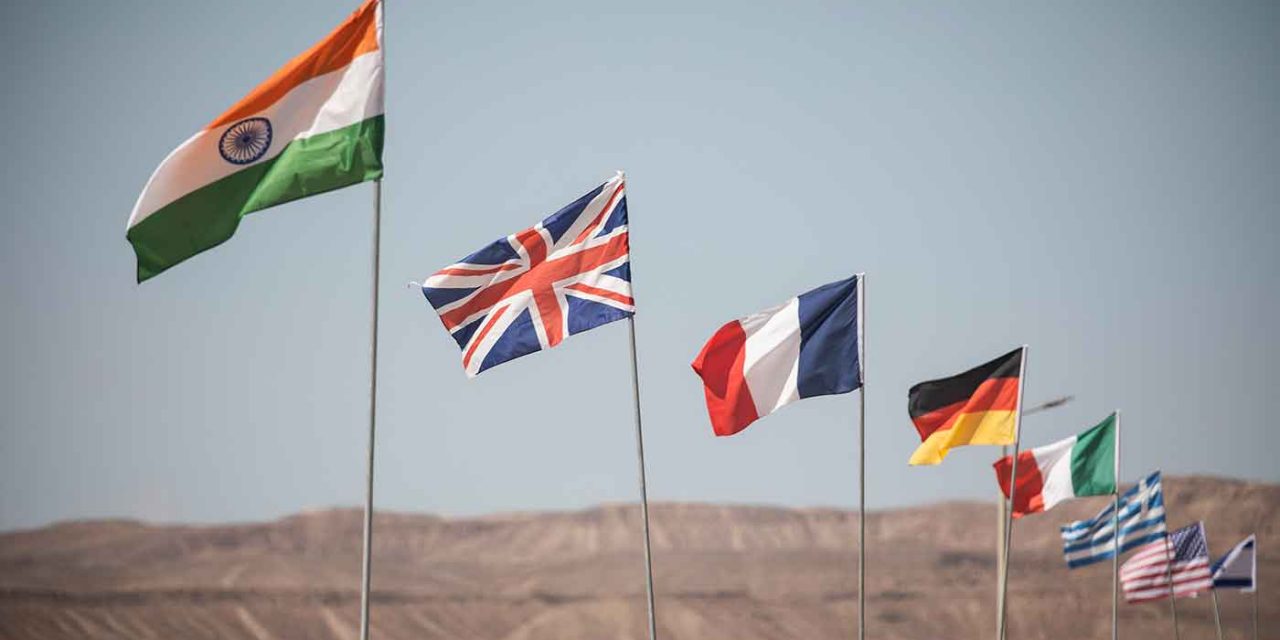 Israel is hosting air force squadrons from eight countries, including the UK, in the latest joint military exercises hosted by the Jewish state.

The exercise, held at Ovda Airbase near Eilat, Israel, is the largest yet of a series of bi-annual exercises hosted by the Israeli Air Force.

“This multi-national training environment allows us to bring together different ideas and experiences and provides the opportunity to develop our tactics, techniques and procedures for the integration of the capabilities of our current and future aircraft,” said Royal Air Force Wing Commander Crockfort who is commanding the RAF squadron.

“We are training to maintain and improve our performance and are honoured to be given this opportunity to learn as part of a multi-national audience. By training together, the UK, along with all of the other nations on Exercise Blue Flag, will continue to develop our relationships and understanding of how we fly and interact both in the air and on the ground,” he added.

RAF Typhoons from @RAFLossiemouth are hoisting the flag alongside the US, France, Germany, Greece, Italy, India and Israel in Exercise Blue Flag 21. The multi-national flying exercise is designed to test aircrew skills to their limits.

Speaking before the event began, the Israel Defense Forces explained the reason for the gathering.

“The goal of the exercise is strengthening the strategic, international cooperation, learning and deepening the coordination of fifth- and fourth- generation airplanes in a challenging operational environment, with an emphasis on strengthening and building up the operational capabilities of the air forces,” the IDF said in a statement.

“During the exercise, the participants will simulate in-air battles and ground-to-air battles, and will practice dealing with the threat of advanced surface-to-air missiles and combat behind enemy lines,” the military said.

IAF chief Amikam Norkin explained the reason for advanced training and greater cooperation between the countries.

“We live in the most complicated environment, with threats against the State of Israel from Gaza, Lebanon, Syria and Iran, which are getting greater. Holding this international exercise, in the current reality, while continuing to conduct operational activities — overt and covert — on all fronts is of the utmost strategic importance,” Norkin said.

“The exercise is at a high point in terms of the extent of participating countries, the quality of the drill, and the advanced level of the technology. It expresses the strong cooperation and connection with the countries’ air forces and represents fertile ground for regional and international cooperation,” he said in a statement.