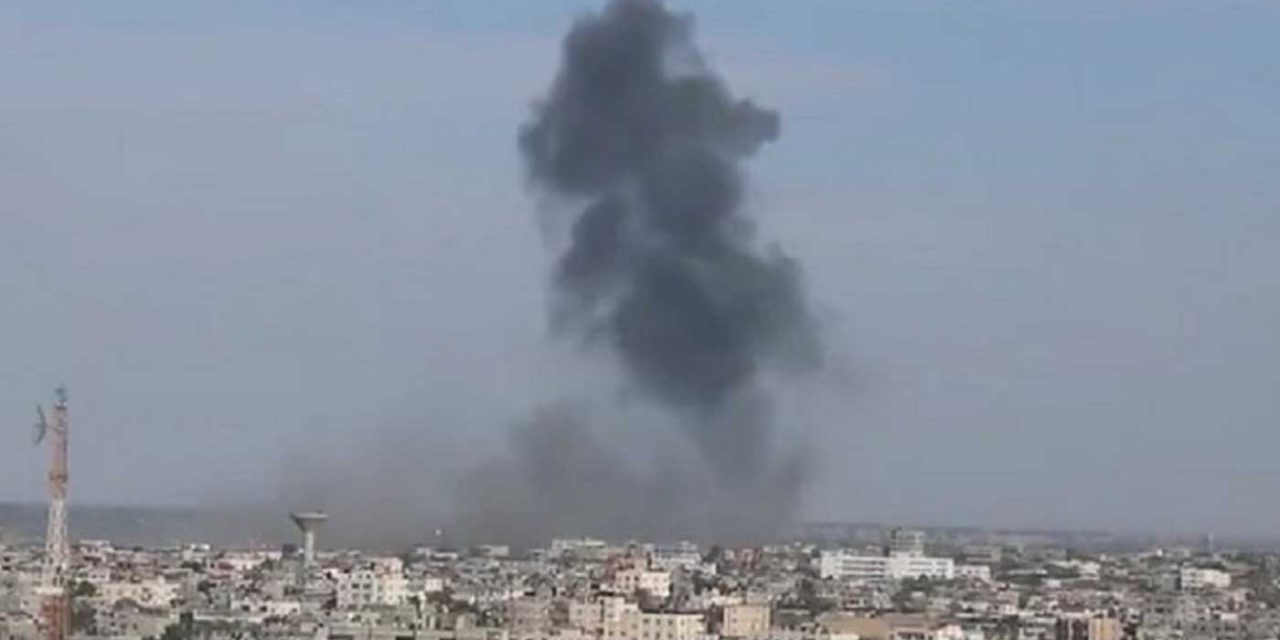 Israeli warplanes bombed a Hamas naval post in the Gaza Strip early Thursday, hours after a mortar shell was fired from the Palestinian enclave at southern Israel, the army said.

“Fighter jets and aircraft struck several military targets in a Hamas compound in the southern Gaza Strip,” the Israel Defense Forces said in a statement Thursday.

Palestinian media reported that the target was a Hamas naval commando base. A Palestinian security source confirmed a Hamas base was struck, causing damage but no injuries. The Hamas-linked Shehab news site said the site was northwest of Khan Younis.

The army said the strike, at about 1:30 a.m. was in response to a projectile fired from the Palestinian enclave and an explosives-laden balloons launched at Israel Wednesday night.

Hours earlier the army said that it had fired an Iron Dome air defense missile in response to the incoming mortar shell from the Strip.

It was not clear the projectile from Gaza had been intercepted or where it landed. There were no reports of injuries or damage.