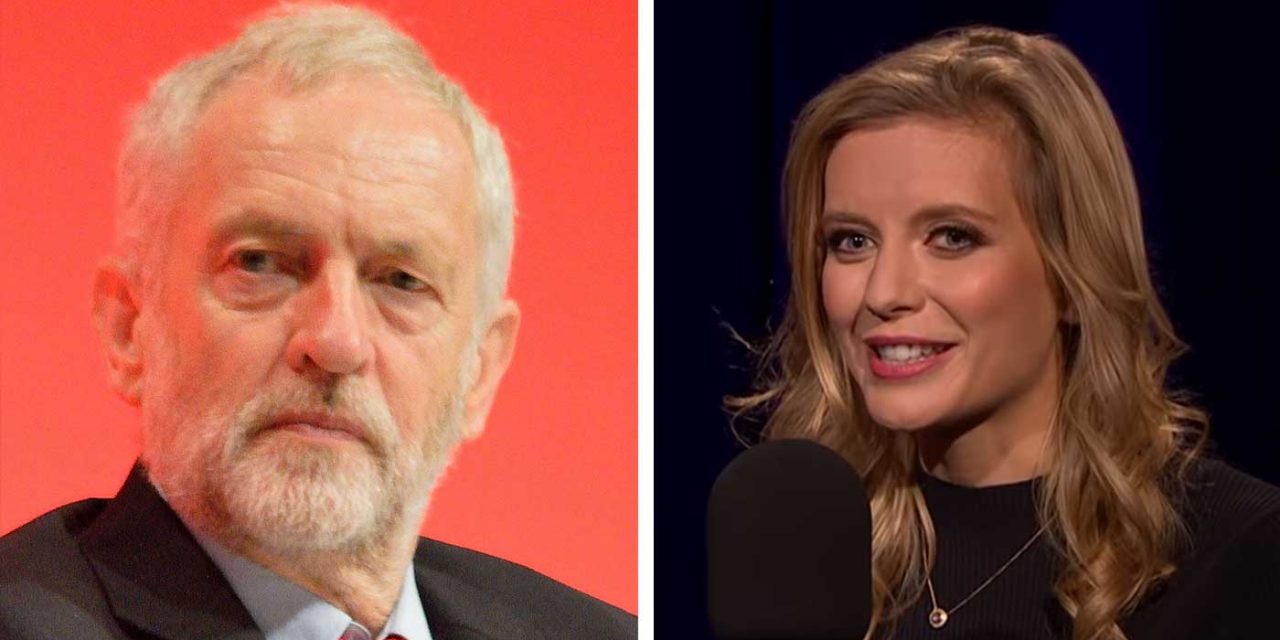 Countdown star, Rachel Riley, has instructed a high-profile lawyer to pursue claims against a member of Jeremy Corbyn’s staff who smeared the celebrity on Twitter over the weekend.

Laura Murray, who works for Jeremy Corbyn, appeared to smear Rachel Riley when she tweeted, “Rachel Riley tweets that Corbyn deserves to be violently attacked because he is a Nazi.”

“This woman is as dangerous as she is stupid. Nobody should engage with her. Ever.” 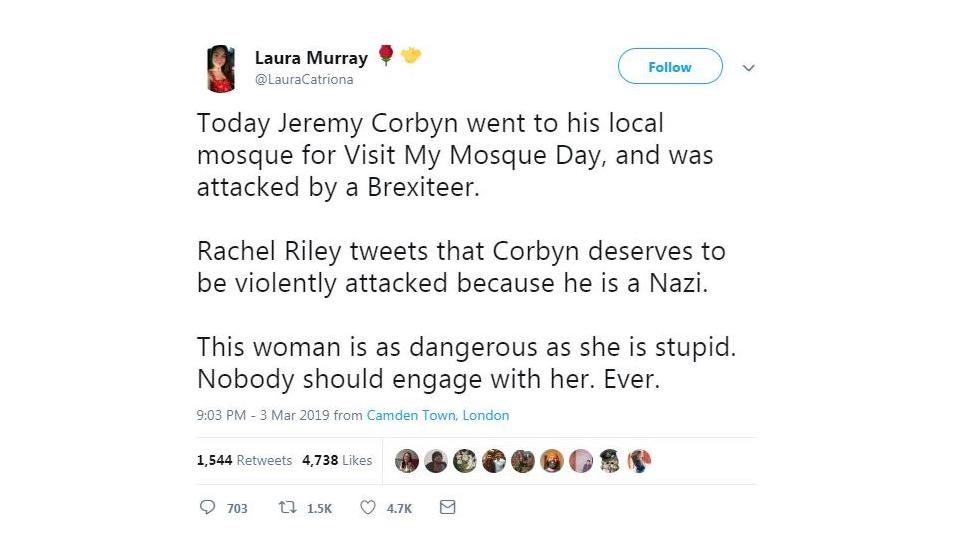 Laura Murray, whose job title is “stakeholder manager to the Leader of the Opposition”, had taken a tweet from Ms Riley completely out of context and twisted its meaning into something the Countdown presenter called an “appalling distortion of the truth”.

Not only was it untrue, but it prompted people to call for Rachel Riley to be arrested. This shows the smear had prompted a reaction by some people that negatively impacted Riley.

Thank you to all the people who checked the facts of this to call out this appalling distortion of the truth.

Rachel Riley was actually pointing out the hypocrisy of Owen Jones, who last year claimed it was “fair” for eggs to be thrown at someone who he referred to as a “Nazi”, but then said to say it was wrong for Corbyn to have an egg thrown at him.

Following an attack on Corbyn on Sunday, where a member of the public cracked an egg on the Labour leader’s head, Rachel Riley sarcastically highlighted this tweet, saying, “Good advice.”

It was this tweet prompted Murray to make her false allegations against Riley. Even though some politicians had replied showing support or at least amusement from the tweet.

On Monday, Ms Riley called Ms Murray’s tweet about her an “appalling distortion of the truth.”

She added: “My tweet was pointing out the hypocrisy of those on the left, who rightly identify right-wing thugs as just that, whereas the mirror on the left are excused as ‘activists’.”

She accused Ms Murray of “libelling” her.

Nice getting to know who’s libelling you better. Laura Murray “Stakeholder manager to Leader of the Opposition at Labour Party”. Lovely. https://t.co/11cMoNCIIZ

Murray has faced a backlash online following the tweet and has led to her not only deleting her tweet but also suspending her Twitter account. And it is now understood that Ms Riley has employed a lawyer to take Ms Murray to court.

Nice getting to know who’s libelling you better. Laura Murray “Stakeholder manager to Leader of the Opposition at Labour Party”. Lovely. https://t.co/11cMoNCIIZ

The JC understands that Ms Riley has instructed Mark Lewis, who came to prominence representing the victims of phone hacking, to pursue a claim against Laura Murray, whose job title is “stakeholder manager to the Leader of the Opposition”.

Mr Lewis represented the family of Milly Dowler in their phone hacking case against News of the World, and Jack Monroe, the food writer and journalist, in a successful libel suit against far-right media figure Katie Hopkins.

Two weeks ago, Ms Riley and Tracy-Ann Oberman, a well-known Jewish actress, hired Mr Lewis to take legal action against up to 70 people they believe either posted libellous claims about them or sent them abusive messages.

Ms Murray is the daughter of Andrew Murray, an adviser to Mr Corbyn. He joined Labour in 2016 after 40 years in various iterations of the Communist Party.

Note: Andrew Murray is one of Corbyn’s closest aides has been working in parliament “without a security clearance”, prompting an investigation for a breach of parliament’s strict security rules and because he hadn’t been vetted. Read more here.