Israel reacts to London terror attack: “An attack at the heart of British democracy is an attack on all free peoples” 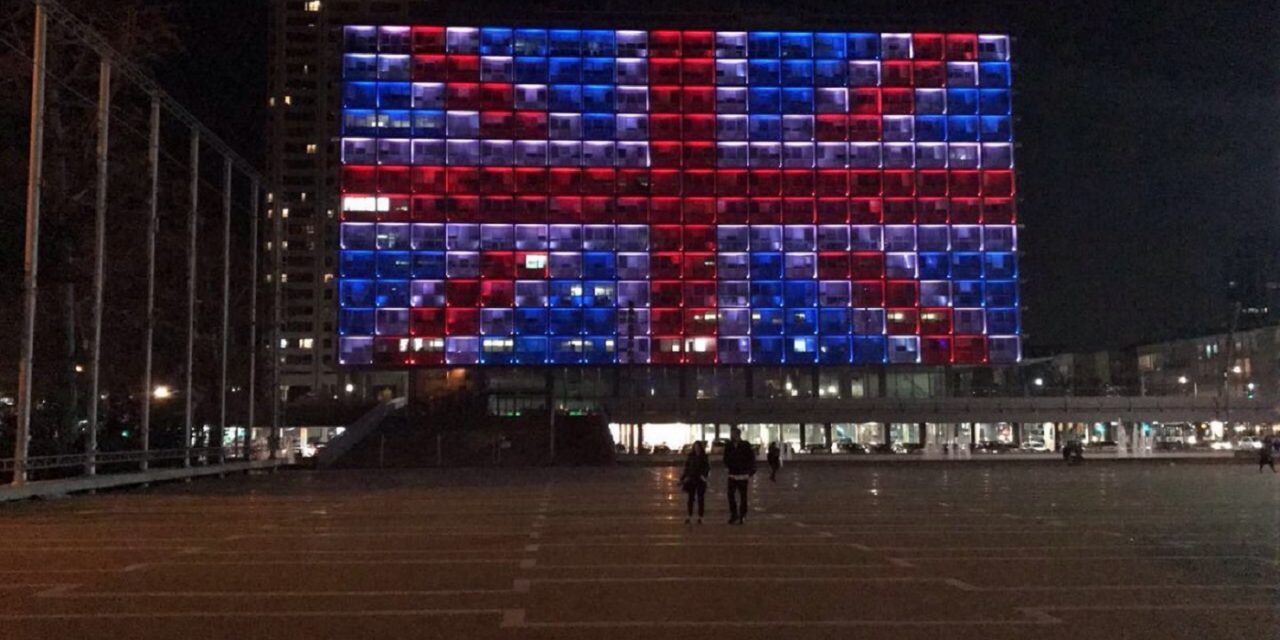 Israel has condemned Wednesday’s terror attack in London and sent their condolences to the British people, following the terrorist attack at Westminster that killed four people and injured at least 50.

As a mark of solidarity with the UK, the Tel Aviv city hall was lit up as the Union Flag on Tuesday evening.

Israeli Ambassador to the UK, Mark Regev said “an attack at the heart of British democracy is an attack on all free peoples”.

Our thoughts are with the people of #London. Terror is a threat to us all and we must stand united against it. @IsraelinUK @ukinisrael

My thoughts are with families of the victims & all Londoners. An attack at the heart of British democracy is an attack on all free peoples.

Following his trip to China, Prime Minister Benjamin Netanyahu telephoned PM Theresa May conveying condolences to the families of those murdered and to the British people saying that the “war on terror is incumbent on everyone”. Netanyahu “strongly condemned” the murderous terror attack in London and said that Israel must “stand shoulder-to-shoulder with citizens of Britain and the entire civilized world against radical Islamic terrorism”.

PM Netanyahu: "We must stand shoulder-to-shoulder with citizens of Britain and the entire civilized world against radical Islamic terrorism"

Israel’s President Reuven Rivlin stated, “Our thoughts are with the people of London. Terror is a threat to us all and we must stand united against it.”

Israeli Ambassador to the United Nations Danny Danon said, “Israel stands as one with the British people as we all work together to defeat the scourge of terrorism. We send our condolences and wish a speedy recovery to all those injured,”

Meanwhile Israel’s Deputy Foreign Minister Tzipi Hotovely also expressed her “deep shock” at the terror attack in London, saying Israel expresses its “solidarity with the victims and with the people and government of Great Britain. Terror is terror wherever it occurs and we will fight it relentlessly.”

Israel condemns today's terror attack in London and expresses solidarity with the British government and people at this time.

According to reports, the assailant drove a large vehicle over several pedestrians on Westminster Bridge killing at least four people and injuring several others. After crashing the vehicle, the attacker then approached the parliament building and fatally stabbed a police officer before being shot dead by police.

The attack led to a lockdown in the parliament and an evacuation of the immediate area. Prime Minister Theresa May was rushed into a vehicle and taken back to her office.

“This is the day we have planned for but we hoped would never happen,” said Mark Rowley, acting deputy commissioner and head of counter-terrorism at the London Metropolitan Police. “Sadly, it’s now a reality.”

London authorities are treating the attack as an act of terrorism and launched a large-scale investigation.